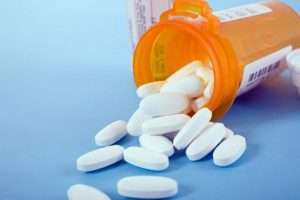 (GUYANA CHRONICLE) – EVER since the outbreak of the coronavirus here in Guyana, a number of businesses have been accused of raising their prices on items that the public needs in their fight against the dreaded disease.

The Guyana Chronicle confirmed on Monday that at least three pharmacies have significantly raised their prices for Vitamin C tablets. While many pharmacies are out of stock, those which have are taking advantage of the fact that people will buy the item irrespective of the cost.

One pharmacy on Middle Street is charging $700 for a pack of 20 Vitamin C tablets, whereas prior to the outbreak of the disease, that same pack of 20 tablets could have been had for $200.

Another pharmacy on Barr Street, Kitty is offering a dozen Vitamin C tablets for $400, while another on Camp Street is retailing it at $30 apiece.

Mike’s Pharmacy on Robb Street in Georgetown is one of the few pharmacies that have not put a heavy markup on their price for one tablet, as on Monday, they were selling Vitamin C tablets for $15 apiece.

Some businesses have also raised the prices on items such as hand sanitizers, Lysol products, Clorox and other disinfectants, face masks, and medications.

Just recently, the Private Sector Commission (PSC) condemned the practice among businesses to inflate their prices at this trying time. “The PSC does not condone any attempt to profit from the crisis threatening our country from the coronavirus, and condemns all attempts at doing so,” the PSC said.

The Competitions and Consumer Affairs Commission (CCAC) had subsequently issued a statement saying it had credible information on occurrences of price gouging.

“CCAC has received credible information of price gouging on items which have been recommended for use to assist in the prevention of the spread of the coronavirus/COVID 19,” the CCAC said in a statement.

“While the Commission has no legal standing to regulate market prices, we wish to use moral suasion in our appeal to suppliers to revert to the common prices for the items they are now gouging on. It is morally wrong to take advantage of consumers during any national emergency, in this case, that of a possible public health crisis. We appeal to suppliers to put your countrymen over excessive profit,” the CCAC added.

This newspaper had previously reported how household cleaners which regularly retail for approximately $1,200 were being sold for as much as $5,000 at some stores. One customer reported how a 32-ounce can of Lysol spray was being sold at a pharmacy on Middle Street for $4,000.

One woman, who witnessed exorbitant prices being charged, had told this newspaper: “It’s very ridiculous for some of the stores to be increasing their prices of items that can save a life. What would happen to the smaller man if he doesn’t have the funds to purchase at the increased rate?”

Another person posted on social media a photo of hand sanitisers priced at $2,500, while others claimed to have purchased the same hand sanitizer elsewhere for $200.