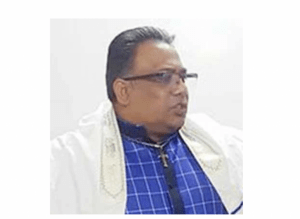 (TRINIDAD GUARDIAN) – As thousands seek to get relief from loss of earnings during the COVID-19 crisis, a local bishop has told worshippers via social media that they will have to pay tithes to the church from grants and hampers given to them by the State.

Prophet Rev. Dr De Van Narine, founder of The Prophetic & Apostolic Ministries International (PAMI), posted a series of messages on his Facebook profile to worshippers yesterday, saying they owe the church 10 per cent of any grants they received.

Grants are currently being given to the people who have lost their jobs or have suffered losses in revenue as a result of closures of business over the Stay-at-Home period.

The series of posts on the bishop’s page appeared to have stemmed from a post on Saturday which read: “Remember to pay your Tithes from your Grants and Hampers. 10 per cent belongs to the Lord’s Church.”

Following the initial post, Narine made several other posts condemning those who disagreed with him.

“Those who object to believers giving tithes & offerings now are demonic! Our faith is not on lockdown!” he said.

“Churches still have rents/stipends/ helping others. Now is not the time to stop your tithes & offerings,” he also said in a subsequent post.

In a telephone interview with Guardian Media, Bishop Narine said: “It wasn’t intended to be harsh and all this kind of thing you know. It was basically to remind the brethren that the church, not because we are on lockdown, our faith is on lockdown. It doesn’t mean the church is on lockdown. The church still has to function and we still have to do certain things.”

He added: “The role of the church, especially at this time has to continue. How we survive these things and how we operate as a church family is by pooling our resources and helping the less fortunate,” he said.

He said despite how unfortunate people may think their situation was, if they were lucky enough to receive aid in this time there are those who were not as fortunate and would appreciate the gesture. He also said tithes were necessary to help with the upkeep of the church’s infrastructure and bills such as rent.

Bishop Narine’s posts gathered widespread interest yesterday with over 1,000 shares and screenshots of the post being circulated.

“What nonsense is this. Them church only concern about their money,” one commenter said.

Another referred to Corinthians 9:6-8 in the Bible saying: “Under the new testament you’re not required to give 10 per cent of anything…In other words it’s up to the person to put aside and give as they see fit.”

However, one person came to the bishop’s defence.

“Do not blame the pastors…According to the bible, they are entitled to it and you’re or wrong if you refuse to pay. Stop hating the pastors who are just as brainwashed as you are. Start reading the full Bible and not only the good parts and your eyes will be open.”

Asked about the comments being made in response to his call, Narine said: “The reactions would have been anti-church, anti-pastor. A lot of the comments used obscene language etcetera so I won’t imagine those persons have some semblance of dignity of God in them. Some of the attacks were very personal against my wife and so on. I don’t know if these persons understand. They probably had a bad experience with church or (are) either anti-religion or anti-God as the case may be.”

Guardian Media spoke to the Pentecostal Assembly of the West Indies head Bishop Don Hamilton who disagreed with Narine’s stance and distanced themselves from him.

“De Van Narine and his church is not a part of the Pentecostal Assembly of the West Indies so we are distancing ourselves from his comments or statements of such,” he said.

“We believe and preach in tithes and offerings but tithes and offerings come as an expression from someone’s earnings. Any other source of income—it must be a free-will gift to not just the church but the work of the lord. To say to someone, almost like a command, that you have to take the benevolence of the government and pay your tithes, we would not consider that.”

Bishop Narine’s demands come months after another religious official, Pastor Vinworth Dayal came under public scrutiny for attempting to change $29 million in old $100 bills to new $100 bills in December which he said were collected as tithes.

The money was seized pending an investigation of the source of funds. Millions more in cash was seized at his Third Exodus Assembly Church in Longdenville.

That matter remains under investigation.