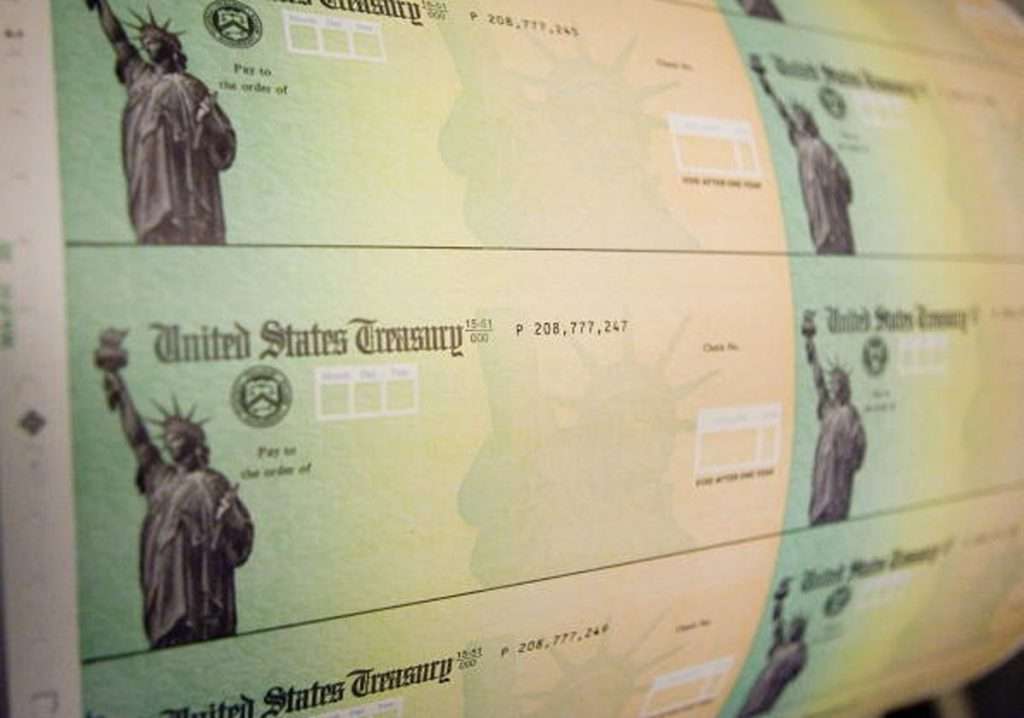 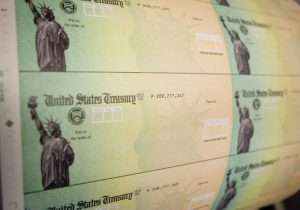 Americans began receiving the first batch of coronavirus relief funds this week, and now many are taking to social media to brag about the assortment of purchases — both strange and savvy — they’ve already made with them.

While many are using the emergency cash to pay bills for necessities and living expenses, others are putting the money toward wild splurges.
Among the more trivial items people have reportedly used the extra bucks on is an inflatable dinosaur costume — although the buyer argues the $35 getup was totally worth it. “I actually have good use for it plus look at that price! I shoulda bought 2,” the proud dino suit owner tweets.

“F - - k it I’m buying a stripper pole with my stimulus check. We have to invest in our future,” tweets a future exotic dancer.

Some are jokingly planning to team up, so they can use their economic impact payments to buy a baby tiger. “Hear me out — Who wants to combine their stimulus checks with me, and we can buy a tiger,” writes one likely fan of “Tiger King.”

It’s hard to argue a canopied bed is ever essential, but one mom bought a princess-themed one for her kid. The same argument goes for a woman who used her check to buy a high-end sex toy, although she concedes she bought the stimulator only after paying off a credit card.

One hobbyist “burning through” their stimulus check indulged in paintball equipment, while another caved and bought a pricey pair of Yeezy shoes. At least one entire stimulus check, and possibly additional cash, went towards buying a Bird One e-scooter, which retails for $1,299.

Others are considering purchasing personalized insight from celebrities. “Thinking about buying myself a cameo from Big Ed with this stimulus check,” writes a fan of reality show star Ed Brown.

Another early check recipient spent her cash on a “warm and cozy” coat, which, while arguably an essential buy, might be out of season.

Some opted for much more practical decisions, choosing pragmatism over indulgences.

One woman has already spent her entire check on her electric bill, car payment and a credit card bill, with enough left over to buy tank tops and a bidet. “And just like that, it’s gone,” she tweets. Another woman treated herself to two Walmart stuffed animals after paying her water and electric bills.

Media worker Ryan Cole put his check towards paying off Sallie Mae like a boss. “Put that #Stimuluscheck to good use,” he tweets with a screenshot of his payment confirmation.

One woman chose to put part of her check back into the stock market and some in her savings for a savvy investment.

After joking she’d spent her money on a house, a good Samaritan revealed she and her boyfriend had actually both donated their checks to Feeding America.

Others are still in the planning stages for what they’ll do with the money.

“Looking forward to using my #Stimuluscheck to purchase another AR-15 and some 30rd mags,” writes one gun lover.

For those without direct deposit, checks may not arrive until mid-August or later. You can check the status of yours and even speed up getting the dough, but be sure not to fall for these scams.