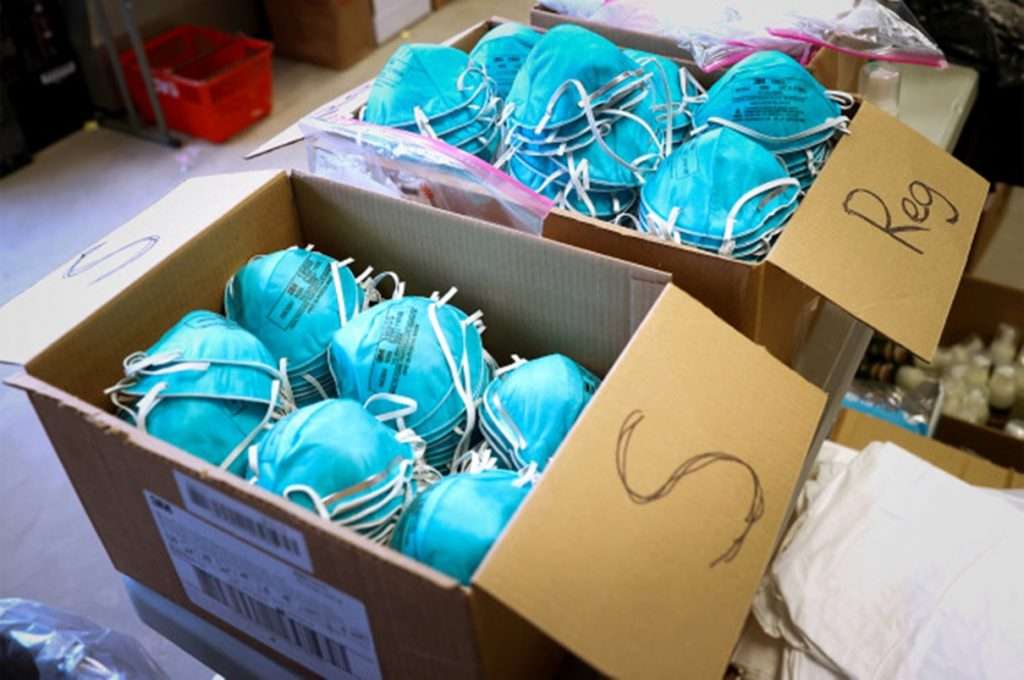 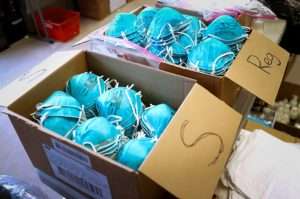 (SEARCHLIGHT) – While this Government may be experiencing issues with the shipping of equipment that will facilitate in-country testing for COVID-19, a US Embassy spokesperson is insisting that it has nothing to do with any prohibition of exports from the United States.

Health Minister, Luke Browne said in March that the Government had placed an order for a PCR instrument, a machine that can test for the virus, and that it was expected to arrive by the end of that month.

That instrument has not yet arrived in St Vincent and the Grenadines (SVG).

And both Browne and Prime Minister Dr Ralph Gonsalves have spoken of delays relating to the machine since the initial announcement of the purchase.

“We do not have the PCR equipment as yet. You know many pieces of equipment have been held up in the great United States of America for one reason or another but I expect that we will get the PCR soonest,” Gonsalves said on Friday, April 10 when he received a quantity of relevant reagents for carrying out PCR testing from the Bolivarian Republic of Venezuela.

The prime minister added that they had no direct control over the normal supply chain and its mediating and intermediating forces.

Browne, who was also present on April 10 for the arrival of the reagents and 3000 rapid test kits from Venezuela, told media that his ministry had received all the supporting items required to establish PCR testing in SVG.

“The only thing that is left to arrive is the instrument itself and as you heard, we have been having some challenges with getting that instrument shipped. None the less, we are staying on top of the situation and hopefully it will be resolved soon,” the health minister said.

A US Embassy spokesperson told SEARCHLIGHT on Wednesday that the Vincentian Government has not contacted the Embassy regarding any alleged delays of medical equipment or supplies.

“There is no prohibition of export for COVID-19 medical supplies from the United States. There does exist a review for certain personal protective equipment (PPE) to ensure the availability of needed items for domestic use,” the spokesperson said.

A release from the US Embassy in Barbados dated April 15 said the US was doing its part to increase supply chain input and output, including steps to ramp up the production of key equipment needed in the fight against the virus.

The release also noted that the Embassy has received numerous inquiries about the ability to obtain medical supplies from the US such as PPE, ventilators, test kits, medical devices and other goods as commercial exports.

However, while some items are identified as being in scarce supply, only a section of them are subject to export review.

The spokesperson said that FEMA has made it clear that it will consider international supply chains and take into account diplomatic and humanitarian concerns.

“All governments around the world are grappling with this unprecedented global pandemic. The United States is working with our partners to provide humanitarian assistance to countries in need, that includes $1.7 million in emergency funding to the Eastern Caribbean,” he said.

The April 15 release also noted that the Embassy was working with partners to ensure the flow of vital medical supplies, critical agricultural products and other good and services across borders.

It further said that the Embassy will work to resolve disruptions to the global supply chains to support health and the wellbeing of all people.

“False narratives and unfounded allegations regarding the US response to COVID-19 have sought to disrupt the strong relationships the United States enjoys with Barbados and the countries of the Eastern Caribbean. The United States stands with its Caribbean neighbours, and we will continue to do so until and after COVID-19 is defeated,” it said.

The spokesperson told SEARCHLIGHT that the US Embassy “remains concerned about pervasive attempts to divide the international community through disinformation campaigns at this critical time”.