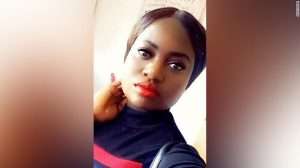 (CNN) – The baby of a pregnant nurse who died of Covid-19 is doing “very well” after being delivered via emergency cesarean section, a spokeswoman for the UK’s National Health Service (NHS) told CNN on Thursday.

Mary Agyeiwaa Agyapong, who worked at Luton and Dunstable University Hospital, northwest of London, was admitted to the hospital on April 7 after testing positive for the virus two days earlier.

The 28-year-old died on Sunday, Bedfordshire Hospitals NHS Foundation Trust confirmed in a statement on Wednesday. She had worked for the hospital system for five years.

At least 27 NHS workers have now died from coronavirus, UK Health Secretary Matt Hancock said Thursday in an interview with the BBC.

More than 13,700 people have died of coronavirus in the UK and more than 100,000 have tested positive, according to the UK government.

David Carter, CEO of Bedfordshire Hospitals NHS Foundation Trust, confirmed Agyapong’s death “with great sadness.”
“Mary worked here for five years and was a highly valued and loved member of our team, a fantastic nurse and a great example of what we stand for in this Trust,” Carter said in a statement on Wednesday.

“She tested positive for Covid-19 after being tested on 5th of April and was admitted to the hospital on the 7th April. Our thoughts and deepest condolences are with Mary’s family and friends at this sad time. We ask that the family’s privacy is respected at this time,” he added.

Agyapong — also known as Mary Mo — was a “blessing to everyone she came across and her love, care and sincerity will be irreplaceable,” a statement on the fundraising website reads.

Catherine Clewes, who donated, said “I couldn’t have wished for a better mentor in my sign-off placement. You helped shape the nurse I have become.”

Describing the nurse as “such a lovely person,” another contributor wrote “it broke our heart when we got the news,” adding “thank you Mary for your smile, your strength.”