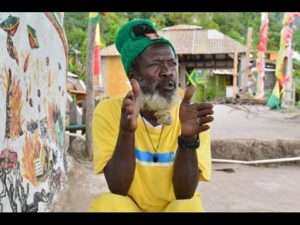 (JAMAICA STAR) – Rastafarians at the School of Vision in the Blue Mountains have been abstaining from sex and fasting since March, and will continue until April 21, as they seek devine help in tackling the novel coronavirus.

“We are seeking to draw the attention of the Almighty to let him know that we need him now,” Priest Dermot Fagan, the man who leads the flock in the 100-plus-member community, told THE STAR.

“We have been abstaining from sex during this period. We lock off dat. I cannot justify that every household have not participated in intercourse still, but I have been holding my flesh until that time,” he added.

At press time last night, the coronavirus, which was discovered in China last November, had infected more than two million people worldwide and killed in excess of 134,600. In Jamaica, there are 125 confirmed cases of the virus and five deaths. It is widely believed that the figures worldwide could be higher due to inadequete testing and deliberate attempts by governments to supress the true extent to the pandemic.

Fagan and the Rastafarians in the rural St Andrew hills are under no illusion about the danger it poses. Already they have suspended visitors to their camp and erected a hand-washing station at the entrance to the tabernacle. The priest said that in addition to social distancing and hygene practices, they are relying on their faith to survive the pandemic, which he strongly believes was foretold in the book of Revelation.

“I am a Bible man so I live by faith and I tell myself that this virus is not for me, so when I heard about it, I gathered the congregation and we immediately went on a fast. We have gone four weeks already. We are humbling ourselves to the Almighty God and pray that he will deliver us. Even the children are involved in this fasting, but theirs is not as rigourous as ours. I tell their mothers to give them tea in the morning and so on,” he said.

The fasting starts in the morning and ends just after midday each day.

As the deadly COVID-19 sweeps across the globe, Priest Fagan, like many others, believes that there is a link between 5G technology and the virus.

“This is a crisis that was created to drive fear in people because thousands of persons are dying. This will bring in a recession because the nations are being weakened economically,” the Nyahbinghi man said.

The International Monetary Fund (IMF) is projecting a 5.6 per cent contraction in the Jamaican economy for 2020.

Priest Fagan believes, too, that the pandemic was created in order to introduce the mark of the beast in Revelation.

“I believe they will want to make the vaccine that they are implementing mandatory. All I can say is that the Almighty God word never miss yet. These are the times of Revelation. I see the logics they are creating this crisis to usher in a new world order, to implant the chip into the people, and this I believe will be enforced like the TRN. This is the mark of the beast coming and this is why I have established this place in the mountain for 22 years now, because we know these days were coming,” he said.