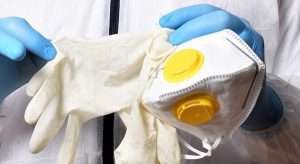 (BARDADOS TODAY) – Two other Caribbean countries, the Cayman Islands and The Bahamas, have confirmed that the United States government had seized critically needed medical supplies bound for their fight against the coronavirus, COVID-19.

The blocking of the supplies appears to follow an order by US president Donald Trump that effectively prohibits the export of items considered essential for its own mobilisation efforts against the disease.

The revelation comes on the heels of a similar disclosure from Minister of Health and Wellness Lieutenant Colonel Jeffrey Bostic who told a virtual press conference on Sunday, April 5 that some 20 ventilators donated to Barbados were “seized”.

He said then: “They were seized in the United States. Paid for, but seized, so we are trying to see exactly what is going to transpire there.”

But later, the Health said that “seized” may not have been the best word to describe the situation.

Lt. Col. Bostic suggested instead that the critical items may have been tied up in some kind of US export restriction.

In a public statement, the embassy said it was working with the Government of Barbados to facilitate the ventilators’ export to Bridgetown.

A week later, the machines are yet to arrive and there has been no word from Americans on if or when they might be received here.

For the Cayman Islands, authorities said eight ventilators and 50,000 masks that were produced and purchased in the US were removed from a Grand Cayman-bound ship at Miami.

The Miami Herald late Saturday reported that US Customs and Border Protection and the White House both acknowledged that Washington has been blocking medical gear or personal protective equipment that it deems to be critical to America’s own fight.

A spokesperson for US Customs and Border Protection (CBP) confirmed to the paper that the agency is working with the Federal Emergency Management Agency (FEMA) to prevent distributors from diverting personal protective equipment, or PPE, such as face masks and gloves, overseas. Ventilators also are on the prohibited list.

“To accomplish this, CBP will detain shipments of the PPE specified in the President’s Memorandum while FEMA determines whether to return the PPE for use within the United States; to purchase the PPE on behalf of the United States; or, allow it to be exported,” the statement read.

In addition, the Miami Herald report said that the White House issued a similar statement on Friday.

“The United States, like many other nations, is currently experiencing a high demand for ventilators, masks, gloves, and respirators that is straining available supplies and production capacity,” a senior administration official told the Herald.

“President Trump has made clear that this Administration will prioritize the well-being of American citizens as we continue to take bold, decisive action to help slow the spread of the virus and save lives.”

The official went on to say that the administration “is working to limit the impacts of PPE domestic allocation on other nations. The United States will continue to send equipment and supplies not needed domestically to other countries, and we will do more as we are able.”

The US Defense Production Act, a rarely used, 70-year-old piece of legislation was invoked by Trump to force American manufacturers to produce priority for national security purposes.

Trump signed an executive order on March 18 that defined ventilators and protective equipment met the law’s standard as items “essential to the national defense”, thereby prohibiting their export.

The viral illness has now killed more than 22,000 people in the US, the highest death toll of any nation since the new strain of coronavirus first appeared last last year.