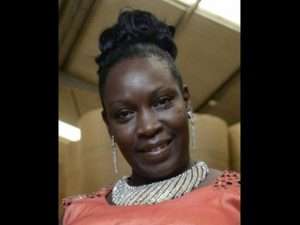 (JAMAICA STAR) – Keisha Hayle, principal of the Padmore Primary School in rural St Andrew, has not only been catering to the needs of her students through the Padmore lunch programme since the lockdown brought on by COVID-19, but she has extended her outreach to assist parents by providing them with care packages.

Hayle, looking back on a time where she almost lost her life, believes that God saved her for a purpose, and that is to have an impact on the life of others.

“I died already in 2011, so I know that God bring me back here for a purpose. I had an aneurism, and I lost most of my blood, so I had to be resuscitated. That’s how far it went,” she said. “God brought me back, so 100 per cent of my belief is that I’m here for a purpose and that is to give back,” she said.

STRUGGLING PARENTS
Hayle told THE STAR that along with her team, she has managed to distribute over 300 care packages – which consist of items such as chicken, rice, flour, sugar, oil, soap, and tissue – since last week to struggling parents, the elderly and the disabled within communities in St Andrew.

“I’m doing care packages for two weeks now. I have distributed over 300, and I’m aiming to give out a thousand,” she said.

“I know the parents are having a hard time, so I give them the packages. Some of them are housekeepers, and they tell them not to come work, so it’s hard on them. When I give some of the elderly, all tears drop out of them eye. It is so much out there,” Hayle told THE STAR.

From doing the outreach, she realised that persons are suffering from a lack of basic goods such as food, and she is urging the Government to open to make an attempt to help.

“Some people can only afford to eat one time per day – if so much. When I go into some communities to feed the children, everybody is running up to the van to get food. But there wouldn’t be enough for the children if I’m to give everybody,” she said.

“I’m proposing that the Government activate the canteens in some central schools and have, like, a soup kitchen and help to feed people,” she added.