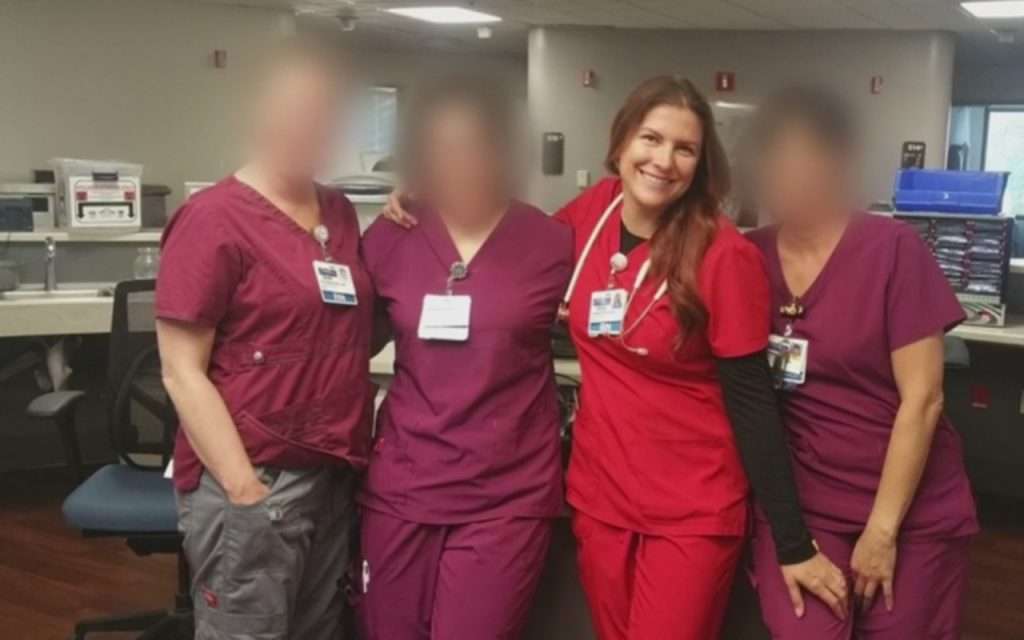 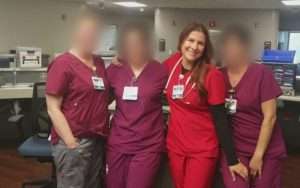 (CBSLA) – Jhonna Porter is a registered nurse with more than a decade of experience. And she wants to be working on the front lines of the COVID-19 pandemic.

Instead, she is sidelined at home.

Porter was placed on unpaid leave two weeks ago after she made a post in a private Facebook group for the nurses on her floor at West Hills Hospital.

What was in the post? “Hey you guys the rumors are true, our floor is becoming the COVID floor. Be careful,” said Porter.

“I just felt like I was retaliated against for speaking up and asking for help,” she added.

Porter also listed the rooms these patients were being taken into.

“Because at the time, we didn’t know if it was airborne, we didn’t know the dangers were and we felt like we needed to protect ourself because even going into a room or answering a call light can put you at risk if you go into that room,” she said.

Porter was disciplined because the hospital says she violated the HIPAA act, which protects patient privacy. Porter feels like she was retaliated against.

“I do feel like it has a lot to do with the fact that 20 hours earlier I posted on my own Facebook page about the lack of protective (gear) we were being given for PPE,” she said.

Porter’s fellow RN at West Hills, who asked us not to identify him, is also on unpaid leave after he too made a post asking for donations of protective gear.

“I didn’t think it would be controversial because it’s all about safety,” he said.

The donated gear now sits in his house. He says West Hills hospital won’t let him deliver it to his coworkers.

“It seemed to me that because I was outspoken about PPE, they were trying to silence me and other nurses who are outspoken,” he said.

Porter has all these masks and goggles that were donated to her- that are also just sitting in her living room.

Both nurses feel like West Hills is more motivated by protecting its image, than its nurses and staff.

In a statement, West Hills Hospital said its staff is free to express themselves on social media- but they say the issue here is that the posts in question may have violated patient privacy laws, such as including room numbers.

The nurses will be allowed to return to work Wednesday. The hospital says the investigation is ongoing.