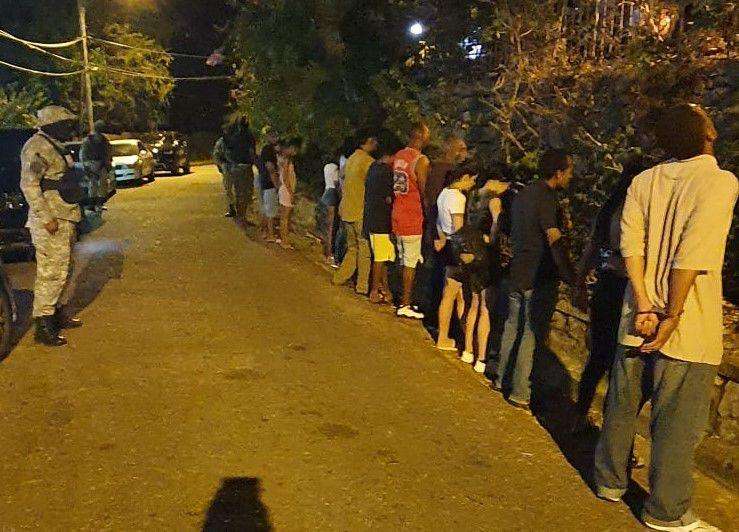 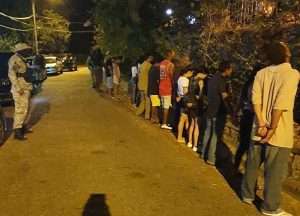 trinidadexpress.com – Despite warnings from Police Commissioner Gary Griffith against hosting “COVID parties”, people continue to behave recklessly and continue to host these events.

This has the potential to “blow up” the health care system in the country.

So said Health Minister Terrence Deyalsingh during yesterday’s virtual media conference where he once again cautioned the public against gathering.

On Friday, police moved in and shut down a party at Alicia’s Guest House in Cascade, arresting 16 people.

Deyalsingh said he was disheartened to see police pull over a number of vehicles along the Churchill Roosevelt Highway yesterday afternoon, filled with occupants apparently on their way to another party.

“I saw them stop about ten to 15 vehicles mainly filled with young men in short pants, what looked to me like beach attire. And every trunk that was opened had coolers in them. So they were going to party somewhere. Some sectors of the country are still not getting the message.”

Driving home his point about the seriousness of the virus, Deyalsingh noted that one international newspaper had printed 13 pages of obituaries yesterday, with the names of people who had succumbed to COVID-19.

“Think about that. Thirteen pages of death announcements due to COVID-19 in one particular country.”

“There is a very isolated tribe in the Amazon rainforest…indigenous people. And they had one COVID death. A young boy in that tribe died because of chance exposure with the outside world.”

He said people who continue to behave recklessly by having parties despite the stay-at-home measures in place will put the rest of the country at risk.

“That one act of recklessness is what will cripple our healthcare system because it takes one person to be reckless to infect ten, and then ten infect a hundred and that one hundred infects one thousand,” the Health Minister warned. “It is human behaviour that is going to ripple this country.”

Deyalsingh added: “That COVID party tells me that there are some people in this country who want to see these regulations go on for longer. That police exercise on the Churchill Roosevelt Highway where 15 cars were stopped with young men in short pants and slippers and coolers in their trunk tells me that a certain sector wants this to continue for much longer beyond April 30.”

In a statement yesterday, Police commissioner Gary Griffith noted there was another issue with some advising that police had no authority to prevent people from having “COVID house parties” as their homes were private property.

“In the same manner that bank and supermarkets representatives understood the authority that the police have, and they adhered to what is required, the (Commissioner) is humbly asking all responsible citizens not to be baited with the false perception that they can do as they please during this period, based on the fact that it is in their private home.

“One would expect all to be responsible and not have such events as this can affect not just the guests, but those who the guests return home to, and also your own family members in your own home, even though they may not be partaking in such socialising without proper use of social distancing.

So to those who refuse to adhere to being responsible, the CoP wishes to advise that there are a number of options that he can, and will use if any citizen becomes irresponsible and decides to commit actions, even in their own homes,” the statement said.