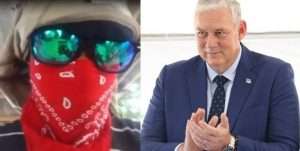 (St. Lucia News Online) — A fisherman from Canaries who was charged for threatening to kill Prime Minister Allen Chastanet in a video that went viral on social media, was granted bail when he appeared in court this week, according to law enforcement sources.

Steve Kowan Alexander, alias “Silver”, was granted bail in the sum of $3,500 for threatening words and $3,000 for abusive words and behavior in cash, suitable surety or land documents.

His bail conditions include surrendering his travel documents, not to leave Saint Lucia without the court’s permission, not to apply for travel documents, report to the Soufriere Police Station on Wednesdays and Saturdays between 7 a.m. and 7 p.m., and not to contact the virtual complainant or witnesses.

Alexander, who is originally from Canaries but is now a resident of Soufriere, was charged on Friday, April 3, 2020 and remanded in police custody until his court appearance today, April 8.

He was arrested last week after the video surfaced, in which he threatened the prime minister over the sudden implementation of the 24-hour seven-day curfew to combat the spread of the novel coronavirus disease COVID-19.

The video was filled with creole-laced expletives.

Alexander wore a mask in the video but that did not stop the authorities from succeeding to hunt and track him down.