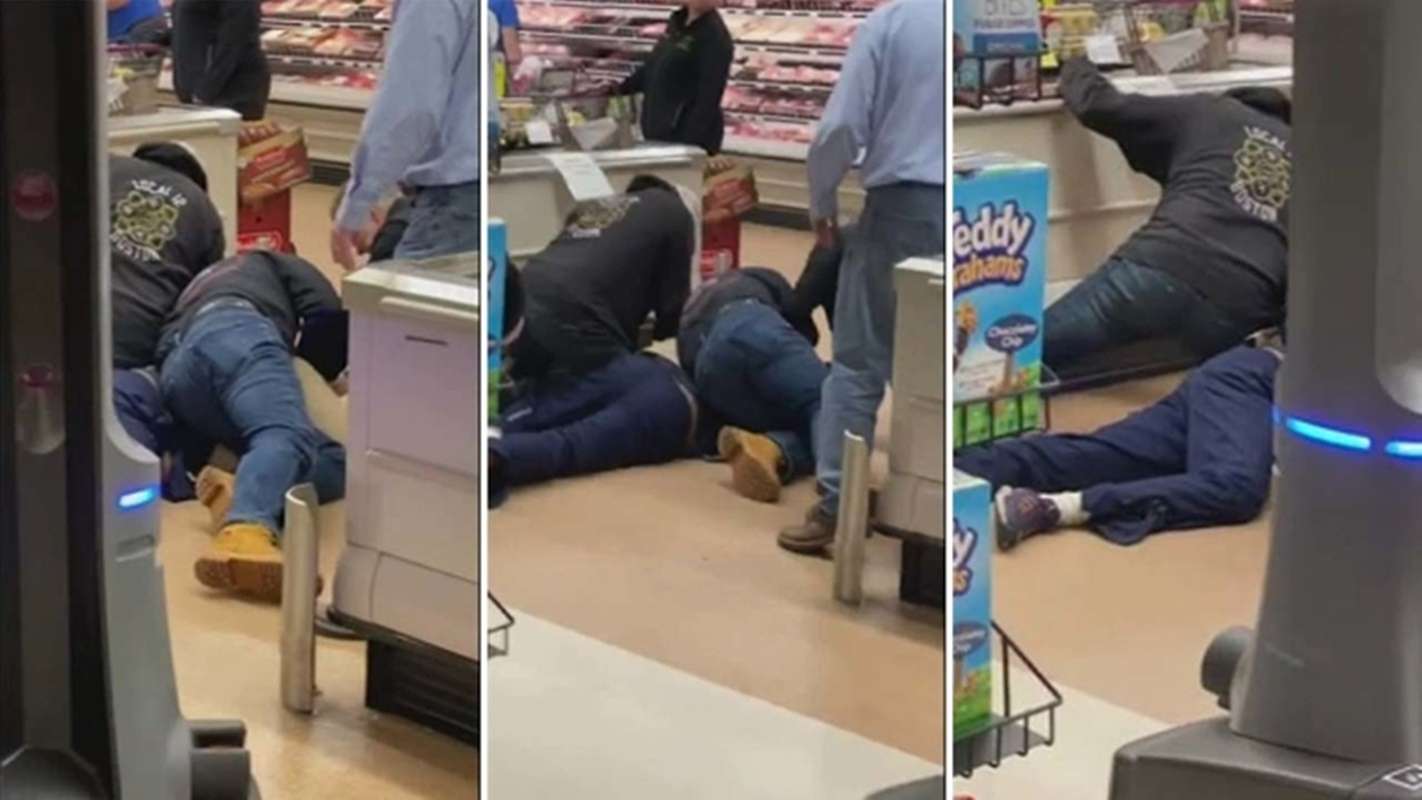 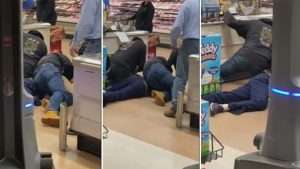 (NEW YORK POST) – They don’t mess around in Massachusetts.

Customers at a grocery store in Kingston tackled a man who coughed and spat on produce amid the coronavirus pandemic, video shows.

“Some guy at Stop and Shop in Kingston was coughing and spitting on the produce, he didn’t last long,” wrote Kyle Mann, who posted footage on Facebook, showing at least three men wrestling the creep.

“He fought an employee and good customers took him down until the cops arrived.”

Kingston police said a 65-year-old man from Duxbury allegedly “was coughing and spitting” at the shop Saturday around noon, and then began to fight with staff and other customers.

The man was taken to a hospital to be evaluated, though cops said there’s no reason to believe he has COVID-19.