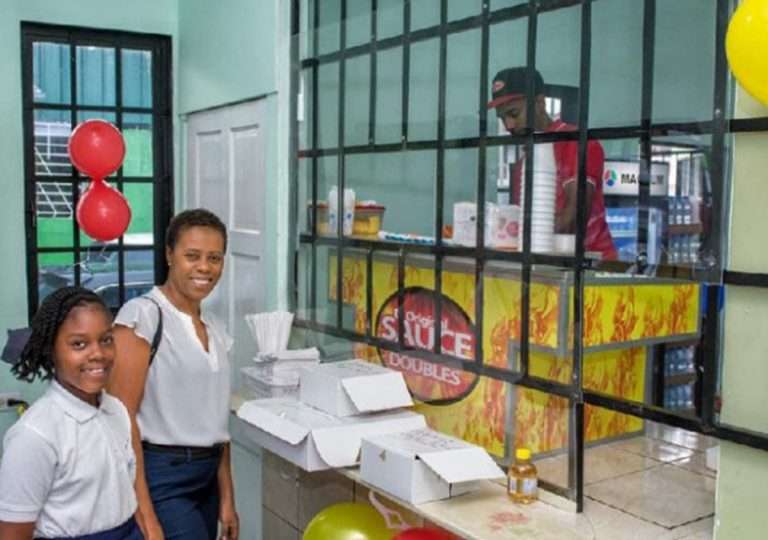 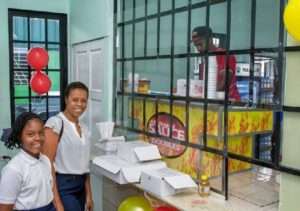 (TRINIDAD EXPRESS) — Police Commissioner Gary Griffith says the decision to shut down D’Original Sauce Doubles in Curepe yesterday was done in keeping with the policies of the Government.

Griffith spoke to the Sunday Express after police moved in and ordered D’Original Sauce Doubles branch owner, Kelly Hosein-Richards, to close up shop.

Hosein-Richards said she is now contemplating legal action against the Government.

Government has ordered all non-essential businesses closed and non-essential workers to stay at home in an effort to curb the spread of COVID-19.

Restaurants and places that provide food are allowed to open for business, once they provide delivery or curbside pick-up services and they do not allow people to congregate.

Hosein-Richards told the Sunday Express she opened her business yesterday, following all the guidelines from health authorities.

She said her business was not like other doubles vendors who sell from a stall or tent on the street and is at a fixed and enclosed location, similar to roti shops.

She said people were made aware that it was a pick-up service only and they could not eat at the establishment.

“We told people to stay in their vehicles, only one customer at a time was being allowed in,” she said. “There was no crowd gathered. People called in and placed their orders and then they came to pick up.”

She said this was the method being used by fast food outlets like KFC and Subway, which have been allowed to continue their operations.

The process was going smoothly when police appeared on the scene, she said.

“They came around to the back of the building and asked who was the owner. Then they told us we had to shut down immediately because we are not an essential service.”

Hosein-Richards said this was confusing as less than 20 feet away a bar-b-que shop was open and grilling outside.

Stalls selling burgers and gyros were also opened, she added.

“All the burger shops and whatnot still open. They did not ask them to close.”

Hosein-Richards lamented that the police did not allow her to sell the food that was already made even though orders were placed beforehand and customers had already paid.

“I had to refund all the customers. And my workers that come out, I had to pay them as well,” she said.

Hosein-Richards hinted at discrimination and said she is now exploring her legal options.

She added that several attorneys, including attorney Prakash Ramadhar have contacted her, offering their services.

“I did not want to go down that road and put my family through that but if it has to be like that, I will. Doubles is a cheap food. It is the poor man’s food. We should be able to supply people with an affordable meal.”

“What I do not understand is how all other food places are essential and not doubles. My shop was following the guidelines as directed to just have take away. One person was let inside to collect their order and was rotating, keeping customers five feet apart outside just as KFC and Subway. My shop is structured just as a BBQ shop, a roti shop and like KFC, Subway etc. So how can they open and we cannot? Explain this to me please, someone in authority, if this goes for one it should go for all…tell me doubles is part of our lives.”

The post was shared over 1,200 times and attracted hundreds of comments from people both in support of and against the police action. Some voiced their opinion that D’Original Sauce Doubles should be allowed to provide pick-up services like other restaurants, or all food places should be closed.

Others said D’Original Sauce Doubles is not an established restaurant and should not have been opened yesterday.

Economist Indera Sagewan was one of those calling for transparency.

“I am on record supporting the government in its fight against COVID-19. I give credit where due but hold to account where injustice is evident,” she said in a Facebook post.

“If Subway, KFC and other fast food chains are essential then so should doubles! Now I don’t mean the doubles vendor on the side of the road, but certainly the doubles vendors who like other businesses have modified their service offering to ‘order and collect’ only out of shops.”

Sagewan said she believed all food outlets should be closed “because there’s a lot of handling and it encourages persons to be on the road to buy.”

“However, if it is so deemed, then there must be fairness and transparency,” she stated.

“Doubles served out of a shop outlet practicing social distancing restricted to take out only should not be discriminated against. If no doubles, then no KFC, Subway, Hakka, Burger King. All or none!”

Speaking with the Sunday Express yesterday, Griffith said the Police Service was simply carrying out the Government’s policy.

“The Chief Medical Officer has given a directive that all mobile and roadside vending must cease. So the Trinidad and Tobago Police Service, it is our obligation to assist in ensuring that this mandate is adhered to. Our job in the Police Service is to carry out government policy and enforce the law.”

“This is bigger than Sauce Doubles,” he said. “It is not just about Sauce Doubles, it is vendors across the board. People who sell hotdogs, hamburgers, corn soup, shark and bake, the sno-cone man around the Savannah…all roadside vending or mobile vending regardless of where it is.”

Asked whether Sauce Doubles, being in an enclosed location, should be viewed on the same level as other fast food outlets, Griffith said this is not up to him to decide.