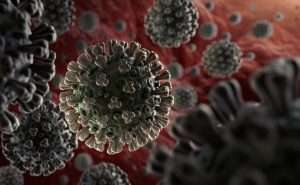 Updating the nation on Friday April 3, 2020, Health Minister Hon. Nickolas Steele announced that this brings the total confirmed cases of COVID-19 to twelve.

However, he says there are only 11 cases here on Island, since one left.

The Health Minister says the first new individual is a 73 year old male, who had arrived in Grenada from the United Kingdom with his wife, who is one of those that previously tested positive for the virus. “The couple had sat within the six feet radius of our first case on that March 16th UK flight. The husband became symptomatic on March 31st and was tested on April 1st. He has been quarantined since his wife was tested and is being monitored closely.”

He says the second individual is a 70-year-old male Taxi Driver, who had interacted with a previously diagnosed case before that case was tested. “He was found on March 27th through contact tracing by Health Officials and placed under quarantine. He started exhibiting symptoms consistent with those of COVID-19, and was subsequently tested on April 1st.”

Both cases announced on Friday are stable and exhibiting mild to moderate symptoms.

However two of the previously announced cases are now in the ICU, having developed complications from pneumonia, and are now in stable condition.

Minister Steele says 45 people in total have been tested. Of that number, twelve tests have returned positive, and four are pending.

Minister Steele also used the opportunity to remind everyone that “the entire population must continue to observe the practices and precautions necessary to contain the spread of COVID-19, here in the State of Grenada.”