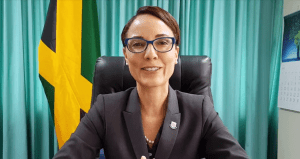 (JAMAICA OBSERVER) – The Jamaican Government says it is unable to respond to the rescue plea for 36 Jamaican from the Cave Hill, Barbados, campus of The University of the West Indies who have been left stranded on that island after airports here were closed to incoming passengers on March 21 because of the COVID-19 pandemic.

“There is no immediate plan [to fly them home]. They are being asked to contact the honorary consul there if they have any challenges at this point,” Minister of Foreign Affairs and Foreign Trade Senator Kamina Johnson Smith told the Jamaica Observer, yesterday. The foreign affairs minister further noted that having the students brought home posed additional risks, given the uncertainties birthed by the pandemic. Already Jamaica has recorded some 44 cases of the virus with three deaths. The majority of those cases are either imported or import-related, health officials have said.

“Everyone who has safe accommodations is being encouraged to stay where they are because it is the safest place for them to be. That has been our general guidance to our nationals overseas. The safest thing for you to do, for your own personal safety and for the country as a whole is to stay where you are if it is safe,” Johnson Smith said yesterday.

In February, following the outbreak of the novel coronavirus in Wuhan, China, the Jamaica Government, in a similar fashion, decided against bringing home nationals stranded there. Johnson Smith, at the time, said the Government had considered doing so but based on the advice of technical experts in the management of public health matters it had accepted the strong recommendation not to proceed at this time with the repatriation of Jamaicans from Wuhan.

Speaking with the Observer on Tuesday, Thatcher Loutin, president of the Guild of Students for The UWI’s Cave Hill Campus, made an impassioned plea for the Government to transport Jamaican students there home.

“I know the prime minister has powers, so I’m just pleading to him to have us come home to our families, to our children. I am a parent as well. Barbados is relatively small and we are actually on the same range, where COVID-19 is concerned, so I would rather be in Jamaica, which is bigger and safer than in Barbados, honestly,” Loutin continued.

“The Government of The Bahamas came last weekend for the Bahamian students; they sent a chartered aircraft for those students. I wish the Jamaican Government would do something like that. Put something in place for us to travel home,” she pleaded.

She said students were caught off guard by Jamaica’s decision to restrict incoming flights to the island.

“I was already packed because the Office of Student Services had been in discussions with us. Even the Jamaican consulate here was in discussions with Caribbean Airlines. They told us to prepare for the 24th of March, so students were actually prepared and then they came and said they didn’t think the flight would happen and there have been no updates since,” she told the Observer.

She said students were not put off by the fact that upon arrival in the island they could be quarantined or asked to self-quarantine for 14 days.

“That’s fine because we don’t know when this pandemic will end; even being in our own country in quarantine is a good step,” she said Tuesday.