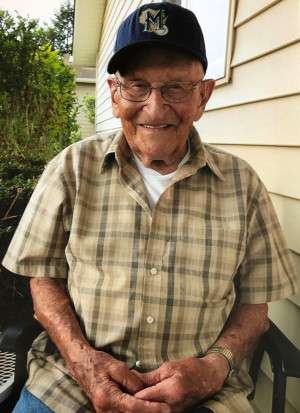 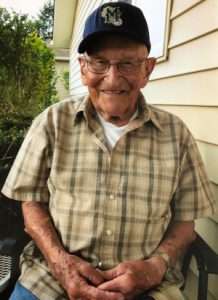 (NEW YORK POST) – An Oregon World War II veteran who just turned 104 could be one of the oldest people on the planet to survive COVID-19, his family said this week.

William “Bill” Lapschies — whose birthday was on Wednesday — was one of the first two residents to test positive for the illness at the Edward C. Allworth Veterans’ Home in the city of Lebanon, local station KOIN reported.

To date, 15 residents have tested positive and two have died, according to the report.

He was diagnosed with the bug on March 10, The Oregonian reported.

A few days later, a doctor from the nursing home called Lapschies’ daughter Carolee Brown to say he wasn’t doing well — his temperature had spiked and his breathing was labored, according to the report.

Brown spoke with the doctor about end-of-life decisions.

But as of this week, Lapschies “has met the guidelines by the CDC and Oregon Health Authority to be considered recovered from COVID-19,” a VA spokesperson told KOIN.

His recovery came just in time for his 104th birthday celebration. A caregiver brought him outside in a wheelchair, wearing a mask and a World War II veteran hat. His family gathered to meet him — but didn’t get too close, following social distancing guidelines.

Lapschies told the station it feels “pretty good” to be 104.

“I made it,” he said, before pausing and adding, “Good for a few more.”

Lapschies lived through the Spanish Flu, the Great Depression, and a couple recessions, Carolee’s husband, Jim Brown, told the station. He was stationed in the Aleutian Islands during WWII.

“It seemed like he just made this wonderful recovery,” Carolee added. “We were like shocked that he was kind of sitting in his wheelchair waving at us through the window and we were like, ‘He’s gonna make it!’”

“His smile, I wish you could have seen it,” granddaughter Jamie Yutzie said. “That mask covers it but his smile is absolutely contagious.”

Two 103-year-old women have reportedly survived the coronavirus — one from China and one from Iran, according to reports. A 101-year-old man from Spain also beat the bug.