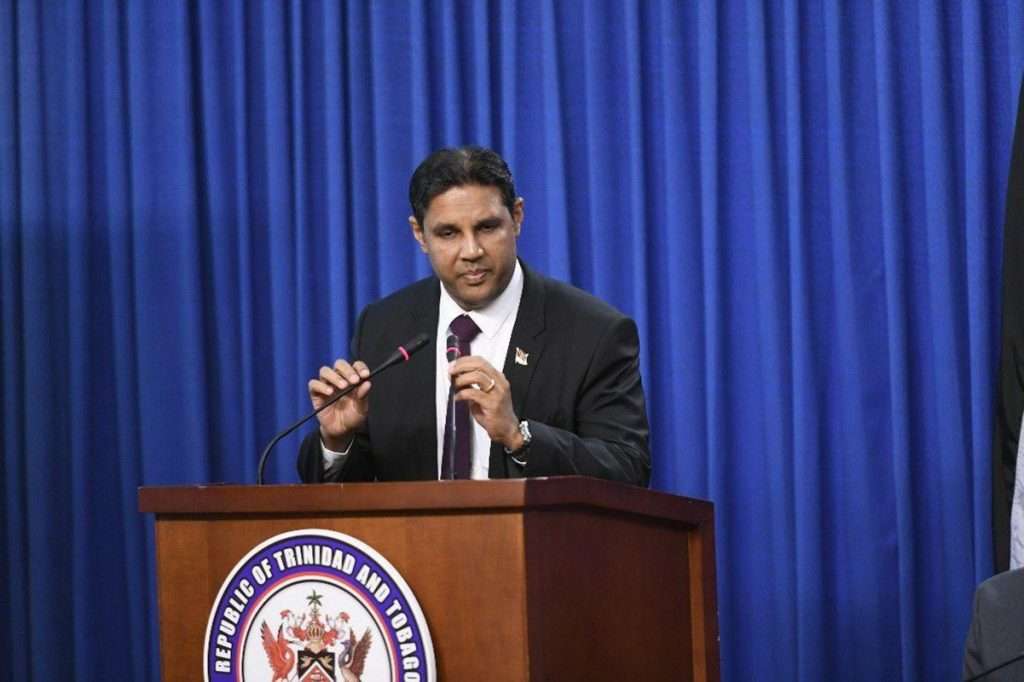 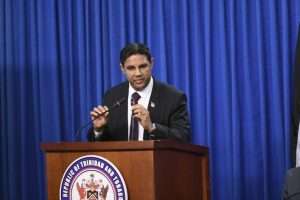 Dr Roshan Parasram said more such cases could be expected in the coming days and it was critical for the population to following the appeal of the authorities and stay at home to help slow the spread.

As of this morning, the country had recorded three deaths, and 82 COVID 19-positive cases. The three deaths were all males over the age of 70. Three of the cases are in Tobago. Two have these Tobago victims have been taken by Coast Guard vessel to Trinidad, a four-hour trip. The third, who condition is severe, is still in Tobago an preparations are being made for his treatment.

The airlifting of patients from Tobago is being considered.

At a press briefing this morning, Parasram said that since the first imported COVID-19 case on March 12, there has been multiple imported cases.

“ After the importation phase goes past and we still are receiving to the most part mostly imported cases , we would see cases that are primary and secondary contacts of those that are positive or suspected and we have had few of those as well… wives and spouses of those that would have been infected”.

He told citizens that the next phrase of the epidemic is usually is low volume local spread “and over the last 24 hours we have received two cases, one in Tobago and one in Trinidad…”.

He said the authorities were still awaiting the clinicians to go back to the source to rule out completely that there was no link to the previous case or there was no history of travel or contact with a traveller.

“But looking at both cases from the surface of it, it seems like these cases may very well be our first few cases of local spread.

What is local spread?

He said “Local spread is expected right after you have importation, meaning somebody is unlinked and I spoke about hidden cases, meaning that you could have been expressing symptoms, left your home, gone to a supermarket and been in close contact with someone that you would not have known, and that person now developed symptoms…that is what we call a local case or hidden case.”

He said there would be a few more local cases in the coming days.

Community spread, he said means a large number of local cases spreading among a large segment of the population.

“We have not gotten to the stage of community spread but we are seeing a few cases of local spread…which is normally part of the epidemic evolution”.

Health Minister Terrence Deyalsingh said that as at 10a.m today, 539 tests were done and the country had recorded four new cases of COVID 19.

Forty-nine of the cases came from one source – the cruise ship passengers who returned from Guadeloupe.

“We are just over half of the global average and this number is going to rise” he said.

He said that next two weeks would be crucial for the country, and much depended on how people responded to the stay-at-home order.

“Every regulation to date has been with the sole objective to protect the individuals, elderly and family of health care workers. We are imploring people from this morning that the only solution is stay home, stay safe”.

During the press conference in Port of Spain, the authorities in Tobago issued a statement confirming the third positive case of COVID-19 was recorded in the island.

The individual has since been isolated and is being closely monitored.

These are the figures out in Tobago.

• Number of samples that tested positive = 3

• Number of remaining persons at the Division’s quarantine facilities = 63