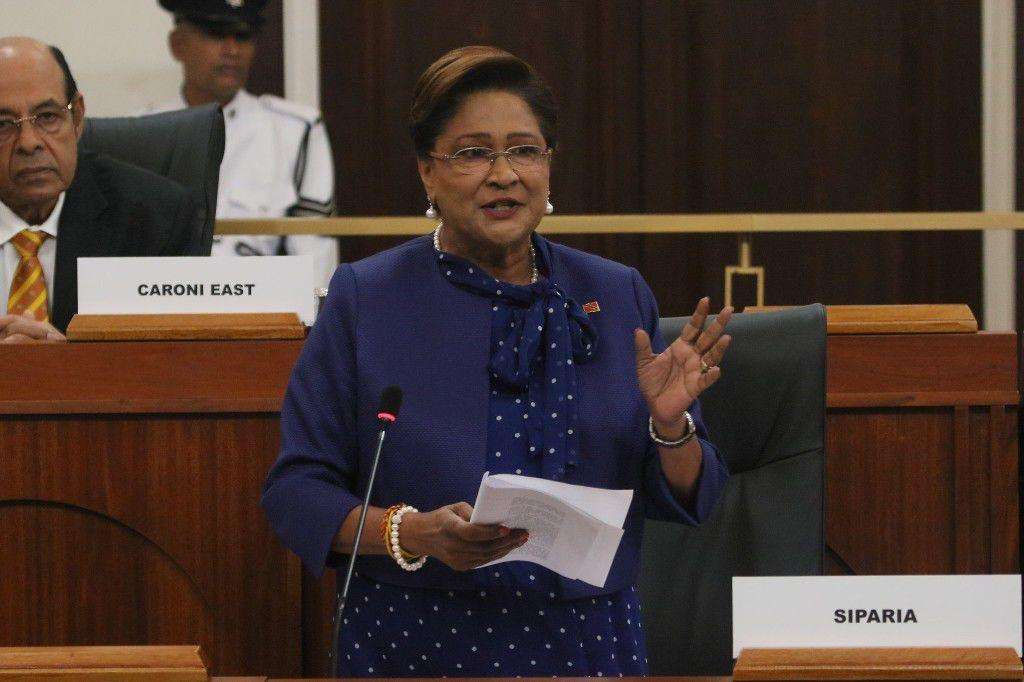 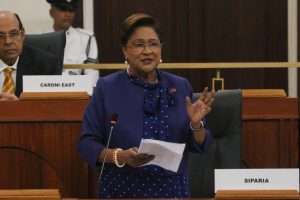 trinidadexpress.com- ALMOST two hours after Opposition Leader Kamla Persad-Bissessar disclosed that there was a COVID-19-related death at the Couva Hospital yesterday, Health Minister Terrence Deyalsingh confirmed last evening that Trinidad and Tobago had recorded its first death from the deadly coronavirus.

At 6.14 p.m. Persad-Bissessar issued a statement citing the death of the patient as she called for a 14-day nationwide shutdown to effectively address COVID-19.

At around 8.01 p.m. Deyalsingh, in response to numerous calls and messages from the media, confirmed the patient’s death in a statement.

“It is with great sadness that I announce that a patient, from Trinidad and Tobago, who tested positive for COVID-19, unfortunately died today, Wednesday 25th March 2020. I offer my sincere condolences to the family and loved ones of the patient,” he said.

The patient was an elderly man with a pre-existing medical condition, Deyalsingh said.

The Health Ministry delayed the public release of information on the patient’s death so the family would have ample time to receive and process the information, he said.

The minister asked that the family be allowed to mourn in peace and for the nation to remain calm.

“While this is a sad moment for all of us, we can only imagine how difficult this must be for the family. I urge everyone to take a humanistic approach and respect patient confidentiality and the family’s right to privacy at this time. Please allow them to mourn in peace,” he stated.

“I also use this opportunity to remind the public to remain calm and to diligently adhere to all the public health recommendations of the Ministry of Health relating to personal hygiene, social distancing, sanitisation of frequently used surfaces, quarantine measures and other advisories outlined by the Ministry of Health. I assure you all that, together, we do have the power to overcome this health challenge,” stated Deyalsingh.

He also thanked the medical team whom he said acted professionally and continued to provide the highest level of care to all patients.

Speaking to the Express by phone last night Deyalsingh criticised Persad-Bissessar for disclosing the death.

“I would like to condemn the Opposition Leader’s premature announcement of this man’s death as a breaking news item whilst the family did not have enough time to process this. This is not a time for political gamesmanship,” he said.

He said the family should have been given the respect and time to mourn.

Deyalsingh said the ministry has been forthcoming with information and had nothing to hide.

“I have a higher moral compass that guides me as Minister of Health,” he said.

While the minister criticised Persad-Bissessar as being irresponsible in the need to score political points, the Opposition Leader had earlier indicated in her statement that as responsible representatives of the people, it was the Opposition’s belief that the Government must take decisive and tough actions to preserve and protect the health of citizens.

Persad-Bissessar had called for immediate action.

“A COVID-19 positive patient at the Couva Hospital has died. We extend our deepest condolences, and we must be cognisant of the serious implications and consequences which may follow,” she stated.

Details circulated yesterday with respect to the patient was that the 77-year-old man presented at the San Fernando General Hospital on March 13.

It stated the man came to Trinidad from New York on February 5 and fell ill long after the 14-day incubation period for the deadly virus.

The information circulated stated that the man presented with fever, cough, shortness of breath and loss of appetite for two days.

Persad-Bissessar stated that Government had indicated that more than 20,000 nationals have returned to Trinidad and Tobago in the last two weeks and are reportedly in self-quarantine.

She said this requires that the State identifies these persons and ensure that they self-isolate.

“The Government has recognised that moral suasion has not had the desired effect, and in spite of repeated calls for good sense to prevail, it is clear that some have not listened,” she stated

She added that the key to getting ahead of the COVID-19 pandemic is early decisive action, which contains the disease before it can overwhelm the public health system.

“We cannot afford to treat this issue lightly. The lives of our citizens are at risk, and every measure to protect them must be taken. This is about putting citizens first. We remain resolute that citizens must remain calm and keep themselves and their families safe, but the State must act.

In this regard, I strongly urge the Prime Minister to immediately institute a 14 day shutdown of non-essential services and businesses, to better protect our citizens,” stated Persad-Bissessar.

Where is the call?

Earlier in the Parliament yesterday, Attorney General Faris Al-Rawi chided the Opposition for not calling on their constituents to stay at home, including television personality Ian Alleyne.

“I genuinely recommend that the voice that we ought to be hearing now in Trinidad and Tobago from all MPs is a call to our respective constituents. I have not heard from the members opposite a call for order in our constituencies, in a resonating way,” he said.

Opposition Chief Whip David Lee objected, saying that the AG was pulling Alleyne into the debate and it has no relevance to the Bill.