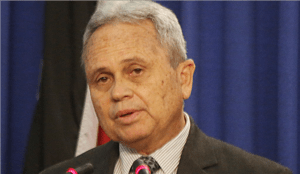 trinidadexpress.com – Panicking parents who lost their jobs due to COVID-19 measures were yesterday chased away by police from the Ministry of Social Development office in Chaguanas.

They had gone to the office to find out about the Government’s promised temporary relief grant.

Finance Minister Colm Imbert announced on Monday that the Government will pay a salary relief grant of up to $1,500 to all persons who are temporarily unemployed or displaced because of the ­COVID-19 pandemic.

Chaguanas mother of four young children Nikita (not her real name), who sold pies for six years in a Chaguanas school, was one of those chased away.

She lost her income when the Education Ministry announced the closure of all schools earlier this month.

“I went by the Social Welfare building and the police say no gathering there. They running you from there. They said they don’t want no more than ten persons there.

“It had a good bit of people there this morning. I know they spoke about the social distancing, but remember a lot of women desperate because they are ­worried about how they will feed their children,” she said.

The Chaguanas Police Station is ­located close to the Social Development building.

Nikita said the police told those gathered only those with prior appointments would be allowed to go in, but when she asked about making an appointment, she was told they are not making any.

She said she saw an advertisement for delivery drivers at Mario’s Pizza and called the number for four days straight but nobody answered.

“I called Xtra Foods but they said they’re not hiring. I thought about selling pies from home, but nobody around here coming outside. What to do?” she asked.

She visited her MP Fazal Karim’s Chaguanas East constituency office to find out about the grant, but was told they are not in charge of it.

“I was told the National Insurance Board was giving out the grants. I visited the NIS office and was told I had to call, that I could not come in. I went and put the last $30 I had in a phone card and called, and nobody answered and the money done.”

‘I feel a little depressed’

Nikita said she feels she is slipping into depression.

“When the police chased us from Social Welfare, I came back home and saw the children looking at me to see if I brought back something. I had nothing and just went and lie down on my bed and began to feel a little depressed.”

To compound the situation, her husband, an electrician employed with a contractor who did work for schools, was laid off from his job.

“No matter where you go, your back is against a wall right now. Now school is closed, I have no income. I don’t know what to do. I’m feeling at a loss right now. I can’t fight no more. The children home and everything just run out, so it real difficult for me right now,” she said.

She said she does not know how she’s going to meet her financial commitments at month’s end.

“This is the most unexpected, hardest thing to hit us,” she lamented.

Meanwhile, a Carapichaima couple who operated a cafeteria in a Central school said they are now forced to live off their savings.

The couple said they lost $10,000 in non-refundable goods when school closed, and had the usual bills to pay and a four-month-old baby to maintain.

The woman said they are refocusing on a garden at the back of their house and cultivating produce to supplement their food bill.

“By baby is giving me the strength to go on. When I see her innocent smile, I know I have to survive for her,” she said.

Couva South MP Rudranath Indar­singh said yesterday his office was promised 50 food cards for children who were in the school feeding programme.

He said there are 21 schools in his area, and his office is swamped with at least 221 requests for food cards from people who lost their jobs due to the ­impact of COVID-19.