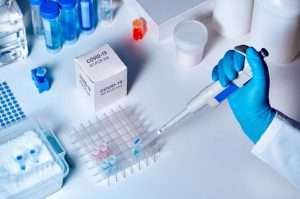 (NEW YORK POST) – US doctors are hoarding two rumored “anti-coronavirus” drugs for themselves and their families, helping to drive a nationwide shortage, a report said Tuesday.

The doctors are prescribing chloroquine and hydroxychloroquine for themselves and their loved ones even though there is no scientific proof that the pharmaceuticals combat the contagion — and as lupus and arthritis sufferers who use the medicine go without, according to pharmacists and state regulators who talked to ProPublica.

“It’s disgraceful, is what it is,” said Garth Reynolds, head of the Illinois Pharmacists Association, which was alerted to the situation through calls and emails from concerned members.

“And completely selfish. We even had a couple of examples of prescribers trying to say that the individual they were calling in for had rheumatoid arthritis,” even thought it was clear that wasn’t true.

Chloroquine and hydroxychloroquine have been used worldwide to combat malaria, but they also prove crucial in alleviating the suffering of lupus and rheumatoid arthritis patients.

President Trump last week touted the drugs as holding promise for combating the virus, apparently based at least partly on anecdotal evidence. Top US infectious disease expert Dr. Anthony Fauci immediately followed up by saying only “anecdotal evidence” has shown that may be the case.

But a pharmacist in Houston told ProPublica that he had a surgeon call him anyway recently asking for an inordinate amount of the drugs and unlimited refills.

“He said it was because his wife had lupus, but when I asked him for her name and diagnosis, he told me just to put it in his,” the worker said.

The head of a Miami pharmacy business said, “People are losing their minds about this product.

“We’re selling so much of this stuff, and people are just stockpiling it prophylactically if anybody in their family gets sick — they’re just holding on to it.”

This is bad news for those who really need the drugs to combat other things, experts said.