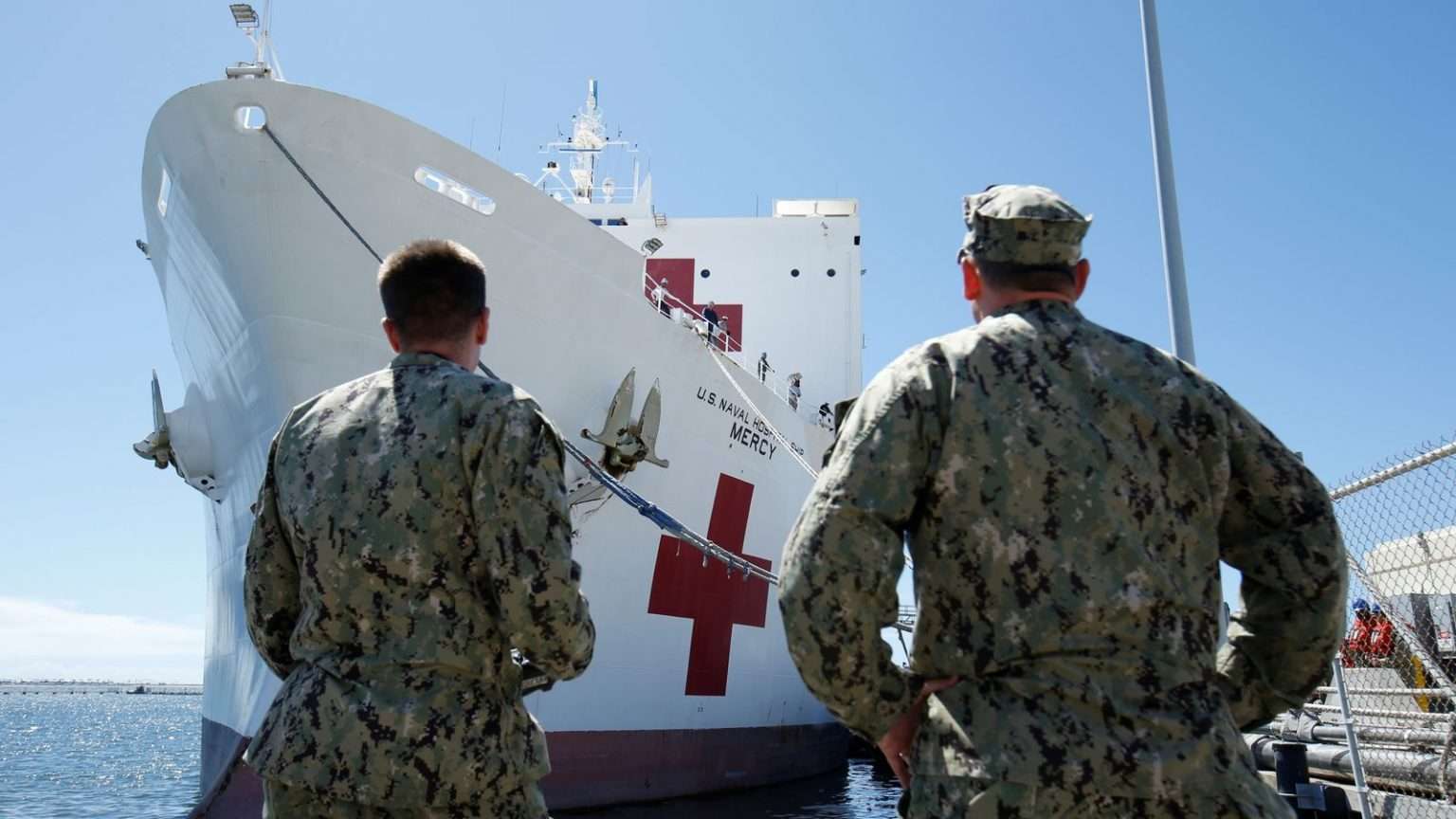 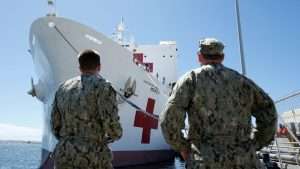 (SKY NEWS) – The US has the potential to become the new global epicentre of the coronavirus pandemic, according to the World Health Organization.

A spokeswoman for the World Health Organization (WHO) said the country could soon see a surge akin to those experienced across Europe.

He tweeted: “The World market for face masks and ventilators is Crazy. We are helping the states to get equipment, but it is not easy.”

In New York – one of the world’s biggest virus hotspots – authorities rushed to set up thousands of hospital beds they will need to protect the city’s 8.4 million people.

More than 12,000 people have tested positive in the city and 125 have died, with a state-wide lockdown taking effect since Monday.

The city’s hospitals are around 10 days from shortages in basic supplies, while governor Andrew Cuomo announced plans to convert a New York City convention centre into a hospital.

“This is going to get much worse before it gets better,” he said.

Mr Cuomo also announced two experimental medical interventions in a bid to battle back against the illness before more sophisticated therapies are developed.

Health officials are planning to collect plasma from people who have recovered after contracting coronavirus and inject the antibody-rich fluid into patients still battling COVID-19.

Another therapy involves antibody testing in order to send survivors back to work.

Mr Cuomo told reporters: “There have been tests that show when a person is injected with the antibodies, that then stimulates and promotes their immune system against that disease.”

He said the test “shows promise”, but added that it was “only a trial for people who are in a serious condition”.

Although the White House has warned of an alarming spread of coronavirus in New York, Mr Trump has said “our country wasn’t built to be shut down”.

During a coronavirus briefing on Monday, he suggested the economic shutdown aimed to slow the spread of the virus would not be extended.

He added: “America will again and soon be open for business.”

The US leader also said a clinical trial for the possible treatment of COVID-19 will begin in New York shortly, and has reiterated his belief that a combination of the anti-malaria drug hydroxychloroquine and the antibiotic azithromycin could see off the disease.

The latest WHO warning comes as the number of coronavirus deaths in Spain has risen by 514 to 2,696, with more than 6,000 new cases also reported.

The coronavirus has continued to surge in Spain, forcing a nationwide lockdown that has closed shops and bars and prevented more than 46 million people from leaving their homes.

Funeral homes have been left well over capacity as hospitals struggle to cope with the influx of critically ill patients, meaning an ice rink at the Palacio de Hielo shopping mall in Madrid is now being used as a makeshift morgue.

Members of the country’s military emergency unit have been seen leaving the venue in protective suits.

Spain had also seen a significant rise in cases on Monday, with 4,517 more people diagnosed with COVID-19.

That spike came despite signs that the upward trend in other European nations may be levelling off, with Germany saying its infection curve could have been flattened by social distancing measures.

Italy – the country with the world’s worst outbreak – reported 602 more deaths on Monday, taking the total to 6,077, however it was the lowest rise in percentage terms (8%) since the illness emerged there on 21 February.

But both Germany and Italy have acknowledged it is still too early to confirm whether trends were being reversed, following a warning from the World Health Organisation (WHO) that the virus was still “accelerating”.

Dr Tedros Adhanom Ghebreyesus, director general of the global body, made the bleak assessment as the number of cases continued to increase across Europe and the US.