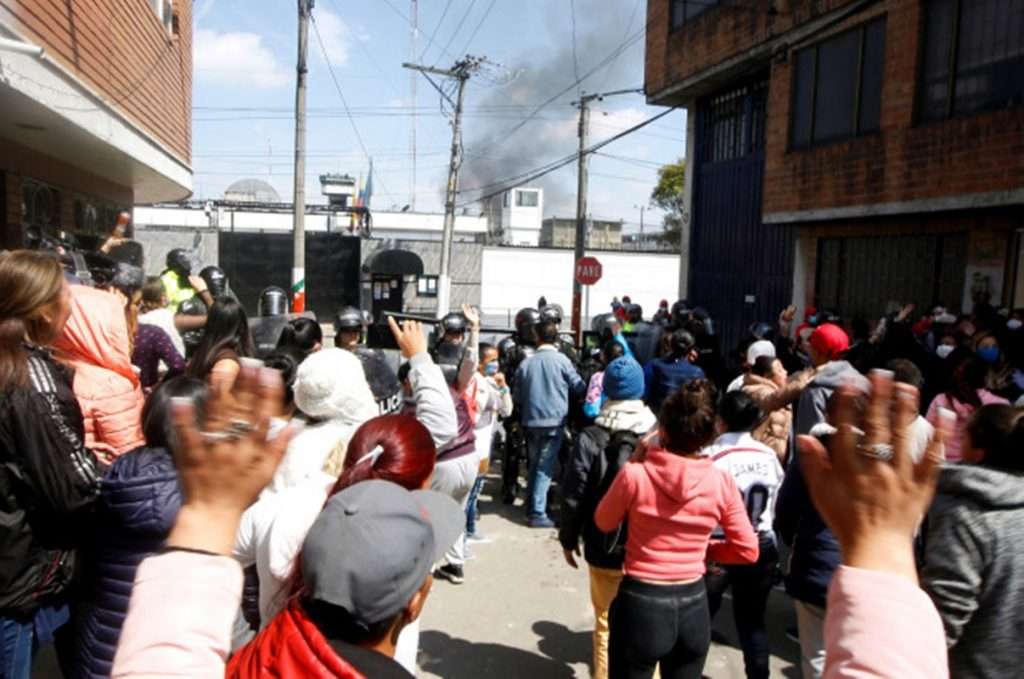 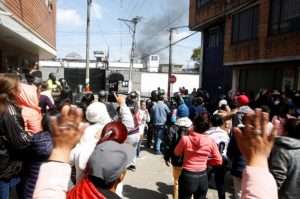 (NEW YORK POST) – At least 23 inmates have been killed and 83 others injured in a riot and escape attempt at a prison in the Colombian capital of Bogota amid spiking tensions involving the spread of the coronavirus in crowded lockups.

Justice Minister Margarita Cabello said it was a “sad and painful day” at the La Modelo prison, where the violence erupted Saturday night, and described the incident as an attempted mass breakout.

She described the riot as part of a coordinated plan with inmates who caused disturbances in 13 jails across the country – and rejected allegations by rights groups that the action was sparked by unsanitary conditions inside a prison system unprepared to handle the pandemic.

“There is no health problem that would have caused the escape plan and these riots,” Cabello said, according to Agence France-Presse.

“Today, there is not a single infection, and no prisoners, nor administration or custodial officials, that have the coronavirus,” she added.

The violence occurred as the city was on a weekend lockdown to test the readiness of its seven million inhabitants to cope with the coronavirus outbreak.

Inmates at La Modelo, which houses both suspects and convicts of crimes ranging from burglary to drug trafficking, shared videos online showing people outside their cells, yelling as shots rang out.

Yinna Gordillo, 23, said she was awaiting word about her brother.

“In this moment, we do not know who is alive and who is dead,” she told AFP.

Bogota Mayor Claudia Lopez slammed the justice ministry and prison officials for delays in informing “family members and citizens about what happened.”

The justice ministry, meanwhile, said some of the prisoners would face charges of “attempted murder, personal injury, fire and damage to the property of others.”

On Sunday, evidence of the violence was still visible, with the body of one man lying on a roof, dressed in bright blue shorts, white sneakers and a bloody gray sweatshirt. Relatives, many wearing protective masks, gathered outside, demanding information.

“We’re desperate because we don’t know anything,” one woman cried.

Jhon Leon, director of Judicial Solidarity, a group that seeks to improve inmate conditions, said the prisoners had planned a protest after complaining about conditions for two weeks without getting a response.

Leon said about 5,000 inmates are housed in the prison, some of whom are kept six to a cell while others sleep in the corridors.

Prisoners want elderly inmates and those with pre-existing conditions to be moved elsewhere and be put in isolation – and also want more information on whether any have been tested for the deadly bug, he said.

“This was a peaceful protest,” Leon said. “The response of authorities was overhanded.”

The National Prison Movement, a group of inmates and their families, said in a statement last week that Colombia’s prisons don’t have enough doctors and nurses on staff, nor sufficient medication to treat basic illnesses.

“Those deprived of liberty raise our voices in rejection of the policies and ineffective actions that have been taken,” the group said.

As of Sunday, Colombia had 231 confirmed COVID-19 cases and two deaths.