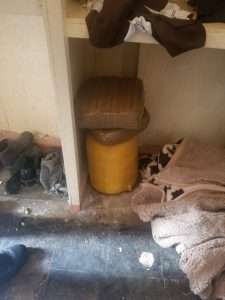 PR- Another drug bust by Officers attached to Drug Squad has netted twenty seven pounds of cannabis worth an estimated street value of $61, 236.00 dollars (Eastern Caribbean Currency) and the arrest of three St. Andrew residents.

Vernon Bissessar, 69 years, Electrician, Larry Branch, 38 years, Conductor and Tyrone Bernard, 36 years, Fisherman all of Grenville have been jointly charged with Trafficking in a Controlled Drug. The drug was recovered on Saturday 14th March, 2020 during the search of the homes of two of the men.

They have been granted 10-thousand dollars bail with one surety and are due to appear at the Grenville Magistrate’s Court on Monday 27th April, 2020.

One man detained in custody assisting police with their investigations.