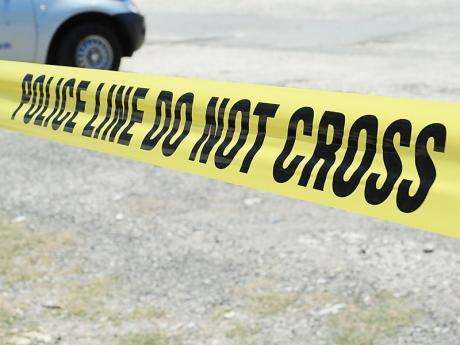 (CMC) — The police have arrested two men after a 28-year-old man died in a hail of bullets in Hamilton on Tuesday.

Another man was injured in the shooting and remains in hospital but his condition is unknown.

It was the first murder in Bermuda since 2018

Police said 18 shots were fired by two men on a motorcycle, claiming the life of Clarke Fox.

Commissioner of Police Stephen Corbishley told a news conference Wednesday that a female police officer was standing just 10 feet from “the individuals that pulled the trigger”.

Police have recovered a motorcycle they believe was used in the incident.

“There are men not far away from here that are extremely dangerous to the fabric of our community — not least when we have such significant challenges in organising Bermuda to address the current threat of coronavirus,” said Corbishley.

“I do think some people do not think, do not care, but I hope they worry, because we will bring them into custody,” he said, adding he had spoken earlier with the victim’s mother and that it was “not the first tragedy that her family has faced”.

Asked if the attack was gang related, the Commissioner replied, “it’s easy to make a guess, but I genuinely do believe this is a dispute between gang members. That’s part of our inquiry certainly in regards to the persons targeted and the offenders.

“The thing that shocks me is the fact this took place in broad daylight, in public, with indiscriminate firing. Some of the cartridges indicated they potentially hit cars. This is not the wild west, not a Hollywood movie — this is life.”