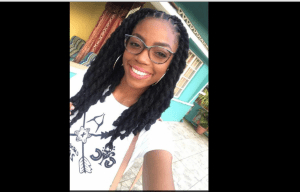 (TRINIDAD GUARDIAN) – On Monday night hours after Prime Minister Dr Keith Rowley instructed that gatherings of 25 people or more should be avoided at all costs, Shanice Charles had a birthday party with close to 500 people present.

But it did not flout Rowley’s instructions or put T&T’s fight against COIVD-19 in jeopardy, as the entire party was held online.

It was a virtual shindig, or a VSD, a pun on Charles’ nickname “Shin”.

She had been off of social media as part of her Lenten fast.

So she did not intend to have a virtual party.

In 2018 Charles had a wings lime called “Wingdom” which was well attended.

Since then her friend Ajala Pilgrim suggested they have another event for her birthday.

But Charles thought they could probably do something after Lent.

Following Rowley’s announcement of stringent measures to help stop the spread of COVID-19, including the closure of bars, Charles said “we wondered why they didn’t have an event online”.

And so VSD was born.

He played music for two and a half hours.

As he played the crowd joined.

Twitter users entered the party dressed as they were and with their own alcohol.

Their comments were hilarious as they lauded the initiative.

Charles said the VSD was made to help people find “a little positivity with laughter.”

“This was definitely one for the books,” Charles said.

She reported that it was incident-free.

The VSD was said to have spawned another event to be held on Tuesday evening – a Twitter Movie Night.

Charles asked patrons to wash their hands before entering the virtual cinema.