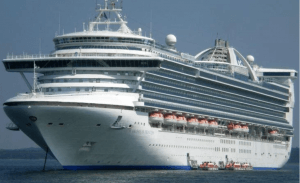 (SNO) — The tourism industry in member states of the Organization of Eastern Caribbean States (OECS) could collapse within ten days due to the ongoing onslaught of the coronavirus (COVID-19).

A special meeting of the OECS Authority and the Monetary Council of the Eastern Caribbean Currency Union (ECCU) was held virtually on Tuesday, March 15 to discuss the ongoing threat of the virus and its impact on the regional body.

The heads received projection reports on major economic sectors, such as tourism, trade and, agriculture.

“The Authority received reports that the tourism sector would be heavily affected by the pandemic and noted a possible shutdown within ten days,” a communiqué from the meeting said.

The arrival of cruise lines, as well as the arrival of international flights from Europe, were highlighted as the originating sources of infection.

The heads agreed that there should be a containment of travel to the OECS islands.

“The meeting agreed that the containment of travel would include temporary bans on the cruise industry, allowing however for Antigua to put mitigating measures in place to cushion the impact on its proportionately larger tourism sector,” the communiqué said.

The meeting also explored ways of providing support for those who lost their jobs due to the pandemic.

“In light of the loss of employment, especially in the hotel and tourism sector, the meeting committed to exploring measures to provide income support to vulnerable citizens most likely to be affected by the adverse economic impact of the pandemic. Employers and national insurance schemes will also be encouraged to provide maximum support,” the report said.