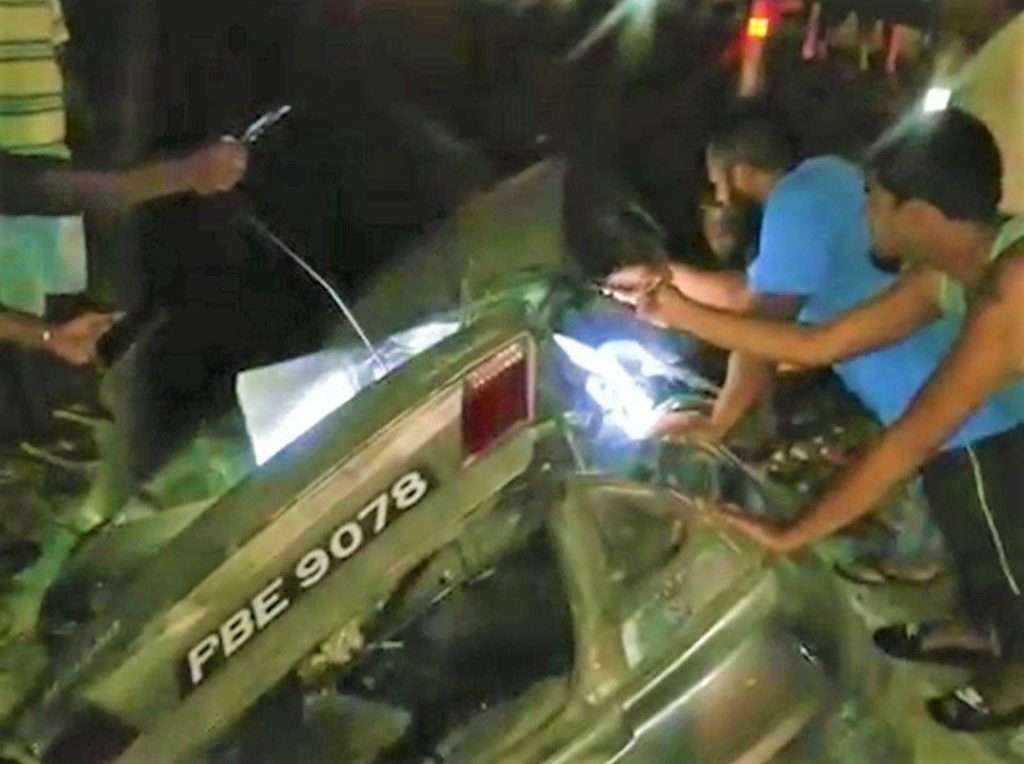 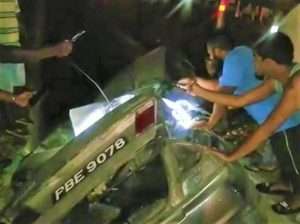 (TRINIDAD EXPRESS) – A Manzanilla man was killed in a car crash in Sangre Grande on Monday night.

Anthony Ramsey, 43, was pronounced dead at the scene of the crash.

People who stopped to look at the crash spent their time recording every angle.

People were heard commenting that the man was still ‘twitching’ and asking him to ‘stay awake’ because ‘help was coming’.

Around 8.30 p.m. Ramsey, of Plum Road, was driving his Mitsubishi Lancer proceeding east along Cunapo Road.

Police said that upon reaching the vicinity of a newly constructed bridge in Coalmine, the vehicle collided with the pole, and plummeted into a drain.

Officers of the Sangre Fire and Police stations responded.