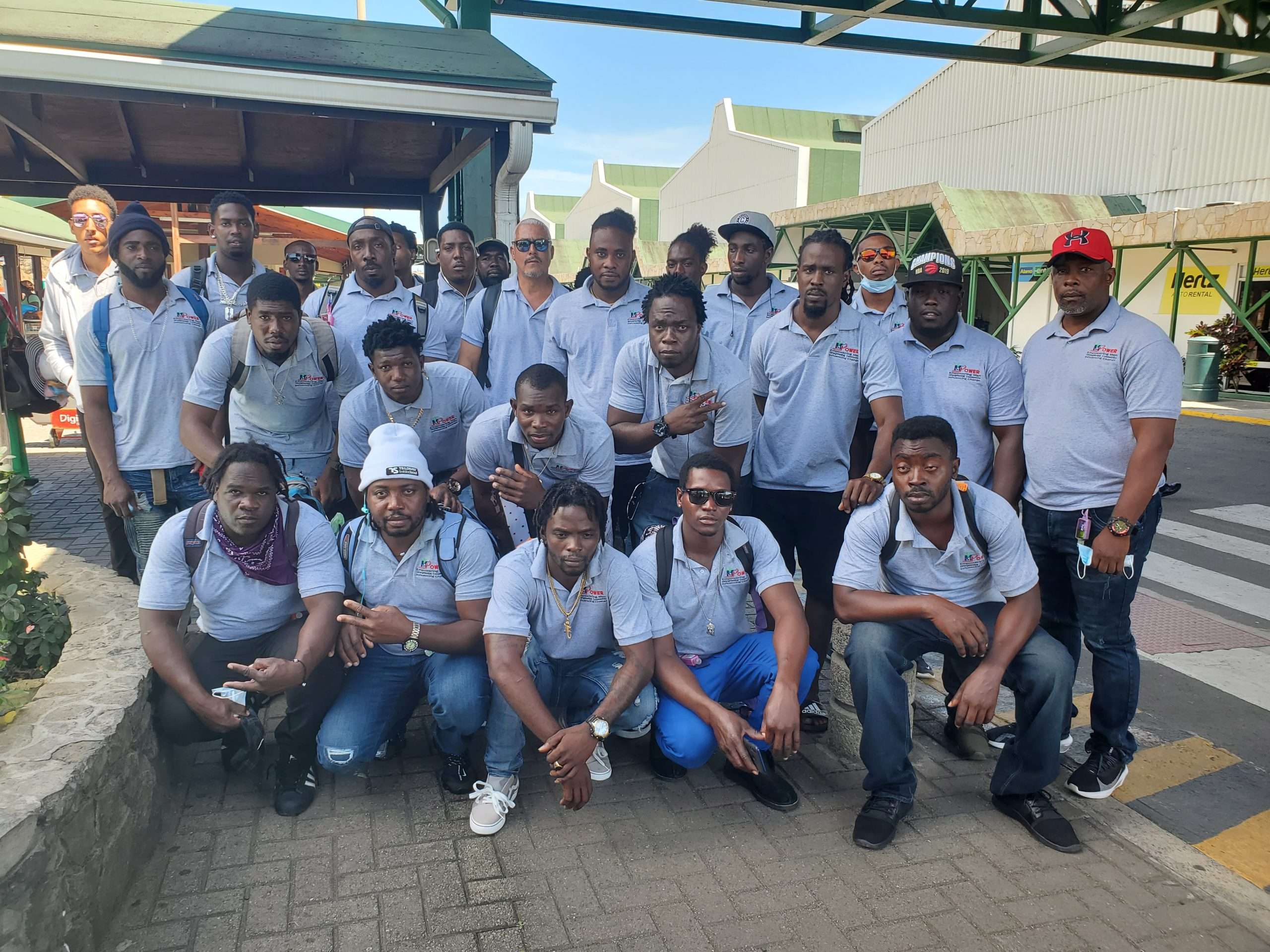 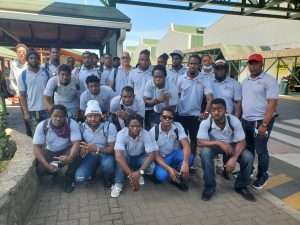 PR- Following nine days of intensive training in basic safety at sea, twenty-five men who left Grenada on March 7th, 2020, are back home and were greeted by the Permanent Secretary Mr.Norman Gilbert and Youth Coordinator Mr. Royden Beharry.

The men participated in the Standards of Training, Certification and Watch-keeping (STCW), a program spearheaded by the Ministry of Youth Development, Sports, Culture and the Arts.

It was held at Caribbean Fisheries Training & Development Institute in Trinidad.

The certification is in accordance with the International Maritime Organization (IMO) standards.

The team was led by Mr. Anderson Gaskin. Gaskin was assisted by Mr. Kurt Baptiste.

Following the men’s arrival at the Maurice Bishop International Airport (M.B.I.A), on Tuesday, Mr. Gaskin said the training though intensive, was thoroughly administered by the instructors and the men performed exceedingly well.

“They went through theory and practical, first-aid training, basic firefighting, survival at sea, and the participants gave off their best. One of the participants was an amputee and he did exceedingly well in the training”.

Among the participants, was Fisherman Dwayne Lewis who described the STCW training as “excellent”.

The men will receive their official certificates at an emulation ceremony which will be held by the Ministry in the coming weeks.