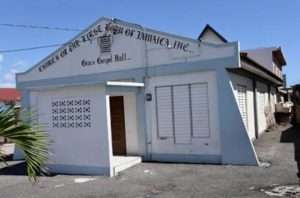 (JAMAICA GLEANER) — Relatives of the woman who became Jamaica’s first confirmed case of the coronavirus disease 2019 (COVID-19) have been getting death threats from angry residents in their community, two family members have revealed.

‘Family Member 1’ and ‘Family Member 2’ opened up, too, about how they have been stigmatised and shunned by taxi operators, shopkeepers and other residents in their Bull Bay, St Andrew, community and their struggles to cope.

“Some of them don’t have any food since Tuesday night. If they want to go downtown [to purchase supplies], nobody not taking them in dem vehicle because they know them from the community,” Family Member 2 said.

“And even if they went to places like hardware stores, they are not selling them.”

The family members acknowledged, during an interview with The Sunday Gleaner on Friday, that they are cousins of the woman identified by health authorities as ‘Patient Zero’ (a Jamaican visiting from the United Kingdom) and spoke on the condition that their names would not be published.

Other family members, they said, refused to participate in the interview because they were fearful for their safety.

On Friday evening, Prime Minister Andrew Holness declared their community a quarantine zone, curtailing movement in and out, along with several other communities in Seven Miles and Eight Miles, Bull Bay, bordering St Andrew and St Thomas, to contain the spread of COVID-19.

With some eight confirmed cases of severe acute respiratory syndrome coronavirus 2 (SARS-CoV-2) and the health ministry now tracking between 200 and 300 persons who may have come in contact with the patients, Jamaica has been declared a disaster area under the Disaster Risk Management Act Declaration of Disaster Area Order 2020.

The two family members disclosed that Patient Zero’s condition has been steadily improving, but said they have not been able to ascertain the status of 10 other family members who were taken from their homes last Tuesday night by health authorities and placed in quarantine facilities.

“She is improving,” they said of Patient Zero, who, according to health officials, arrived in the island from the UK on March 4 for the funeral of family matriarch Gloria Clarke three days later.

“The latest update that we got is that she is not having any fever. She is fine. That’s what she has told other family members when they call her,” Family Member 1 told The Sunday Gleaner.

The two admitted that they have had close contact with their cousin, including at Clarke’s funeral, and that they have self-quarantined on the instructions of health authorities, but said they have not had any symptoms of COVID-19.

“Until now, there is no one else in the family who has any symptoms or nothing at all,” Family Member 1 protested.

Despite this, they claimed, members of the family, including children, have been verbally abused and threatened with violence by angry residents because of speculations in viral social media messages which suggested that they knew their cousin was stricken with the virus and kept it quiet.

Further, the two family members say other residents are furious over the community-wide dislocations since health officials confirmed that the first case of the coronavirus was in the seaside community east of the capital city.

THREATS TO BURN DOWN HOUSE

Among other things, one resident reported that before the quarantine, nervous taxi operators refused to provide service to and from the community since it was confirmed that Patient Zero resided there.

“They [residents] were saying that she knew [she was infected] and we kept it like that and that the whole a we fi dead off. Names and pictures all over social media, even my children get involved,” Family Member 1 related.

“Persons in the community or wherever they come from were threatening to say they should bun dung the house and such things,” Family Member 2 interjected.

They admitted that they are nervous and fearful, but said “the only thing we are doing is just putting it in the hands of God”.

“Because we are a God-fearing family and we believe in God,” Family Member 2 added before making a compassionate plea to the entire country.

“We are just like everybody else, we are human beings and we have feelings. We have learnt to live with HIV…it doesn’t make any sense they run and try to punch us out because there are other persons who have it who they don’t know about.”

The two family members, who were at Clarke’s funeral, held at Grace Gospel Hall, in nearby Harbour View, dismissed reports that their cousin displayed symptoms of the coronavirus during the service.

“When I just got there, I went to her because she wanted me to make notes of something for the funeral and I was with her for some time. Nobody was coughing or anything like that,” Family Member 1 said.

“She was sweating, but it was not like how they are exaggerating about. It’s not true,” Family Member 2 insisted.