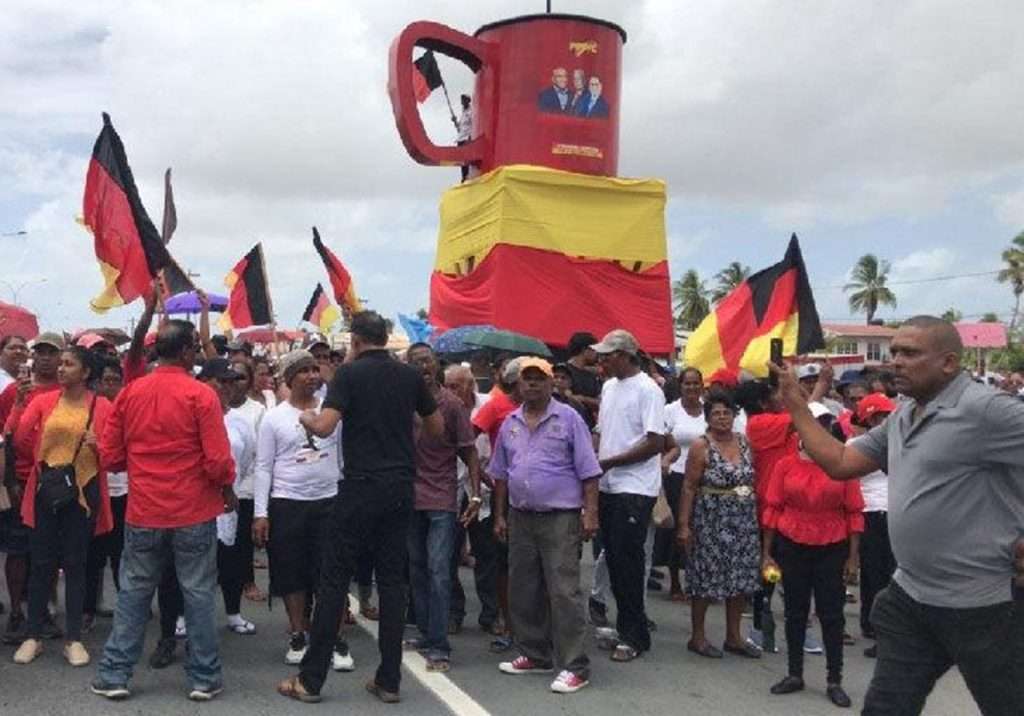 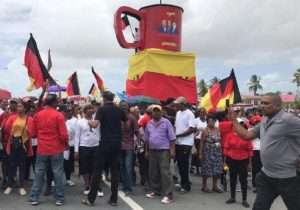 (TRINIDAD EXPRESS) – Guyana’s general elections continues to be plagued by drama as the Returning Officer (RO) Clairmont Mingo is being hauled before the High Court today for contempt.

Mingo is accused of not following the Order of Chief Justice Roxane George Wilshire who ruled on Tuesday that Mingo’s declaration of the results for Region 4 on March 5 was unlawful.

General elections was held on March 2.

The Chief Justice ordered that the verification process for Region 4 be followed according to Section 84 and also said it was in the hands of the RO to resume or restart the count of Region 4 votes.

She also said the final results cannot be declared until the process is followed in keeping with the law.

Yesterday at the office of the Guyana Elections Commission (GECOM) drama unfolded as Mingo attempted to verify the results using a spreadsheetand and not the official statement of polls. (SOPs).

Ironically, the use of the spreadsheet was what caused contention and confusion in the first place as the Opposition and attorney Douglas Mendes argued that process must be adhered to in keeping of Section 84 (1) of the Representation of the People’s Act and the votes must be verified with the use of the official SOPs.

The Chief Justice had ordered the verification process take place on March 12 from 11 a.m.

But the process was suspended after objection was raised to Mingo’s methodology.

The issue will now go back to the Courts as Opposition attorney Anil Nandlal filed contempt proceedings against Mingoo.

He stated that Mingo’s use of the spreadsheet was a violation of the Court order as well.

Nandlal pointed out there is no transparency as to where Mingo got the information to come up with a spreadsheet.

He also took issue with refusal of duly appointed candidates for electoral district number 4 to be permitted to be present at the said exercise.

“I wish to remind you that contempt of court is a criminal offence which attracts as a punishment and a term of imprisonment and aiding and abetting a contempt carries the same penalty as the contempt itself. We hereby demand immediate strict compliance with the Court’s Order,” the notice of proceedings stated.

At a news conference after Nandlal said “It is clear the PPP has won the elections and APNU has lost and they are trying to do everthing within their power to frustrate the exercise,”.

The exercise was suspended as GECOM’s chair retired Justice Claudette Singh said she needs to read the full judgement of the Chief Justice.

In a statement GECOM’s Public Relations Officer Yolanda Ward said that Mingo recommenced the process of adding up the total votes cast per candidate in the elections in keeping with the Court decision but there are objections.

“In compliance with the CJ’s orders and Section 84 of the Representation of the People Act, Chapter 1:03, the RO using information from SOPs received by him directly from the Polling Stations has compiled a spreadsheet of the votes cast for each party. However, the methodology presented by the RO was not accepted by the stakeholders present,” Ward stated.

She added that Singh intervened but needs time to read the judgement because all she had was the Chief Justice order.

“In this regard, it was suggested that the process be discontinued and recommence when the Chairperson has received and studied the written judgment,” stated Ward.

While the imbroglio continues to boil, CARICOM chair Mia Mottley at a news conference yesterday before leaving Guyana with other other regional leaders urged that the process be followed in keeping with the law.

US Assistant Secretary for Western Hemisphere Affairs, Michael G Kozak also said yesterday that it is vital that the High Court mandated tabulation for Region Four be done in a fair and transparent manner and he also warned of consequences for those who benefit from electoral fraud and impede a peaceful transition of power.

The European Union (EU) Election Observation Mission is also making this call as it wrote to Mingo asking to see the Statements of Poll that he used to prepare a spreadsheet of results which is intended to be utilised for the declaration of results for Demerara-Mahaica.