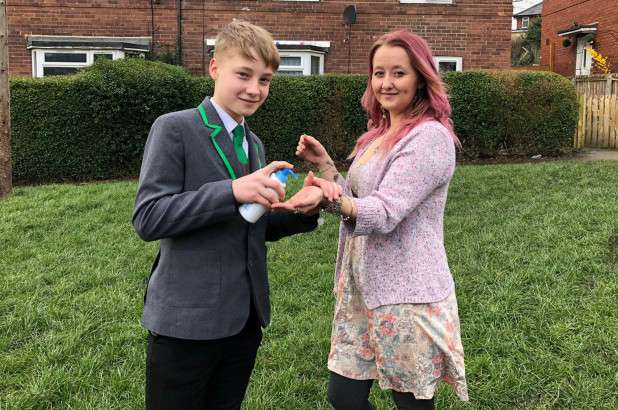 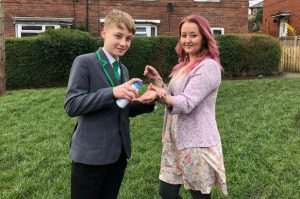 nypost.com – A British teen was suspended from school this week for selling his classmates squirts of hand sanitizer to protect them from contracting the coronavirus.

Oliver Cooper, 13, bought a tub of Johnson’s child handwash from a Tesco grocery store for £1.60 — about $2 — after hearing about the coronavirus outbreak on the radio, Metro UK reported.

The young entrepreneur, who attends Dixon’s Unity Academy in Leeds, offered some to his friends, who suggested that he start a “business” on the playground selling squirts for 50 pence each — around 65 cents — to other kids, the outlet reported.

He did just that and ended up making £9 — just over $11 — before he got in trouble for offering some to his teacher.

“It’s ridiculous really,” Cooper told Metro. “I asked the teacher if [she] wanted any and she said ‘no, I’ve already got some, but you’re not allowed to do that.’”

Cooper’s mom Jenny Tompkins posted about what her son had done on Facebook, along with a photo of the boy with his back turned to the camera.

She explained that “the little turd” was caught charging classmates for the sanitizer to “protect themselves from the bloody coronavirus!!”

“Very hard to discipline this behavior when his dad phones him from work to call him a f—ing legend,” she added.

Tompkins told Metro she didn’t consider her son’s actions an “excludable offense” and “told him off,” but wouldn’t be punishing him any further.

Cooper faces a day in isolation followed by a two-day detention. But did get some snacks out of the deal — a pack of Doritos he bought on the way home with his profits. He said he plans to spend the rest on a kebab.

A spokesman for the school told Metro “no student has ever been excluded from Dixon’s Unity Academy for selling hand sanitizer.”