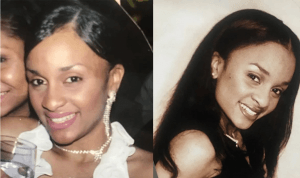 (JAMAICA OBSERVER) – The police are reporting that two more women were arrested for their alleged involvement in the fatal beating of former Miss Jamaica contestant Tamara Sinclair in the lobby of a Bronx bank.

Sinclair, who was a 44-year-old nursing assistant, died as a result of injuries sustained during the February 11 incident.

According to the New York Daily News, cops grabbed 21-year-old Francis Morales on Wednesday, March 4, and 20-year-old Chanell Arroyo on Thursday, March 5, and charged them both with murder and robbery relating to the incident.

The news outlet said a third woman, 21-year-old Reign Harney, was arrested on February 27 on the same charges and ordered held on US $250,000 bond.

Reports are that Sinclair was at TD Bank on White Plains Road near Pelham Parkway South on February 11 when Harney banged on the glass door, demanding the victim let her in, authorities said.

The police said Sinclair refused to open the door and later crossed the street to a Bank of America, where Harney, Morales and Arroyo attacked her, knocking her to the ground and kicking her as they stole her cell phone.

The NY Daily News reported that three days later, she went to the hospital complaining of an ankle injury but left because she was worried about having to pay a large hospital bill.

Authorities said she was found dead in her home the next day, apparently from a blood clot caused by her ankle injury.

The news outlet said relatives noted that while the police responded to the initial attack, they never took a report.

According to authorities, Sinclair refused medical treatment and didn’t want to file a report on the day of the attack. But the NY Daily News noted that in court papers, Sinclair told police her ankle may have been broken.

The NYPD is now investigating the initial response.

All three women are due back in court on April 13.