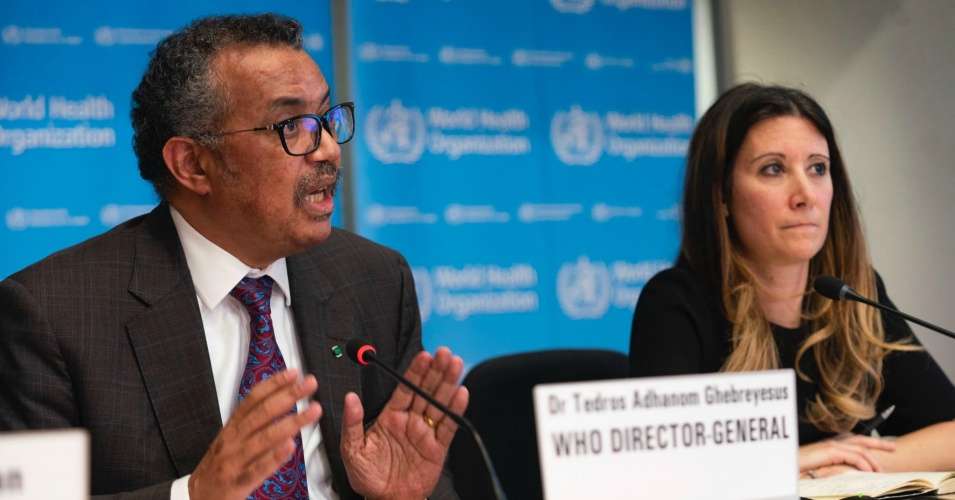 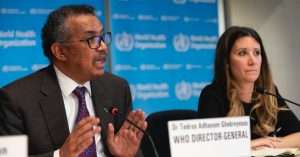 cnbc.com- The World Health Organization declared COVID-19 a global pandemic on Wednesday as the new coronavirus, which was unknown to world health officials just three months ago, has rapidly spread to more than 121,000 people from Asia, the Middle East, Europe and the United States.

Tedros said several countries have demonstrated the ability to suppress and control the outbreak, but he scolded other world leaders for failing to act quickly enough or drastically enough to contain the spread.

Cases in China and South Korea have significantly declined, he said, adding that 81 countries don’t have any confirmed cases and 57 countries have 10 or fewer cases.

Declaring a pandemic is charged with major political and economic ramifications, global health experts say. It can further rattle already fragile world markets and lead to more stringent travel and trade restrictions. WHO officials had been reluctant to declare a global pandemic, which is generally defined as an illness that spreads far and wide throughout the world.

WHO officials needed to “make it clear” that the world was in the midst of a pandemic, said Lawrence Gostin, a professor and faculty director of the O’Neill Institute for National and Global Health Law at Georgetown University.

It “is clear” the new coronavirus has been a pandemic and WHO was “behind the curve,” Gostin told CNBC on Tuesday.

The number of cases and deaths changes by the hour, topping 121,564 with at least 4,373 deaths across the world as of Wednesday morning, according to data compiled by Johns Hopkins University. Outside China, 32,778 cases across at least 109 countries had been confirmed as of 3 a.m. ET Tuesday — up from four cases in three countries on Jan. 21, according to the most recent data confirmed by WHO, which tallies the official count.

While the virus is slowing in China where it originated in December, it’s picking up pace across other parts of the world. Italy has the most cases outside China with roughly 10,149 infections, followed closely by Iran with 9,000 infections and South Korea with 7,775, according to Johns Hopkins University data. In the U.S., cases erupted over the last week to more than 1,050 spread across at least 36 states, according to Hopkins.

The last time WHO declared a pandemic was during the 2009 H1N1 swine flu outbreak. Tedros said this was the first time a coronavirus has caused a pandemic. The 2002-2003 outbreak of SARS, which is also a coronavirus, was contained enough to avoid that classification.

“All countries need to reveal their strategies right now,” he added.

When asked by a reporter which countries may not be doing enough in their outbreak response as Tedros mentioned, Ryan said, “you know who you are.”

Tedros previously said the organization wasn’t declaring a pandemic, in part, because most cases of coronavirus were still traced to known contacts or clusters of cases, and there wasn’t any “evidence as yet that the virus is spreading freely in communities.”

“Unless we’re convinced it’s uncontrollable, why … call it a pandemic?” he told reporters last week.

The organization raised its risk assessment level on the virus to its highest level of alert last month.