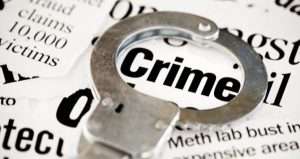 (JAMAICA OBSERVER) – The police have charged two men in connection to a robbery which occurred on St Lucia Close, Kingston 5 on Friday, March 3.

Thirty-year-old Chad Walters and 22-year-old Danny Anderson of Wellington Street, Kingston, were both charged with robbery with aggravation.

According to the police, Walters, Anderson and five other men reportedly disguised themselves as women and held up and robbed the victim of his cellular phone and debit card.

The debit card was reportedly used to steal cash from the victim’s account.

An investigation was launched after the report was made to the Half Way Tree Police, and Walters and Anderson were subsequently arrested.