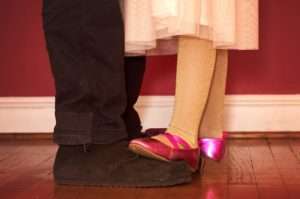 nypost.com – The father and sister of a 20-year-old woman presumed to be the first person in Missouri to have the coronavirus disregarded a quarantine and went to a school function, according to reports.

The St. Louis County woman returned from Italy on March 2, arriving in Chicago and then taking an Amtrak train to St. Louis two days later after staying with a friend, according to the St. Louis Post-Dispatch.

The woman, who had been studying abroad, called local health authorities when she started to feel ill, then stayed at home and did not have any contact with anyone before being instructed to be tested at a hospital, the news outlet reported.

Dr. Randall Williams, head of the state Department of Health and Senior Services, said he received a phone call about the positive test result at 1 p.m. Saturday, KMOV reported.

The woman’s family was notified about the diagnosis and told to quarantine between 6 and 6:30 p.m., when a father-daughter dance was scheduled to begin at the Ritz-Carlton in Clayton, according to the station.

Page said the patient – the older sister of a Villa student — had acted responsibly but that her father “did not act consistently with the health department’s instructions and instead … he decided to take his daughter to a school function,” according to KMOV.

Officials told the father on Sunday “that he must remain in his home or they will issue a formal quarantine that will require him and the rest of his family to stay in their home by the force of law,” Page added.

Villa Duchesne advised students and parents: “If you attended the dance, please be attentive to any symptoms you are experiencing.”

“We are communicating with the St. Louis County Department of Public Health and sharing everything that we know with them,” Villa Duchesne and Oak Hill spokeswoman Alice Dickherber told the Post-Disptach in an email.

“We will work with officials to ensure we are doing everything possible to mitigate risk and to maintain our safe environment. We are committed to the health and safety of our community and we will follow the guidance of public health officials as we plan for the coming days.”

VDOH also said in a letter to parents that the father and daughter didn’t learn of the diagnosis until after they were already at the dance – and that they left the event immediately after.