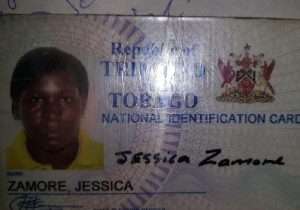 The free lift cost the 37-year-old woman her life.

As she sat in the back seat of a Nissan AD wagon, a gunman targeting a 22-year-old man opened fire on the vehicle as it slowed to avoid a pothole on a narrow road in Carenage.

Zamore, who lived with her husband at Scorpion Road, Carenage, was pronounced dead on arrival at the Port of Spain General Hospital Wednesday night.

They were all grazed by bullets.

The attack occurred at 4 p.m. while the four occupants and the driver were heading towards Scorpion Road.

The driver slowed to avoid a large pothole at Jones Street and it was here the gunman walked out from a nearby track and fired eight shots at the car.

The driver sped away and did not stop until he got to Scorpion Road.

He checked on his passengers and then called the police.

Officers arrived accompanied by an ambulance which took the four to hospital where Zamore died while receiving treatment.

The other passengers received minor injuries and were treated.

At her home in Carenage yesterday, Zamore’s husband, who asked not be named, told the Express she was “just a normal woman. A nice and decent human being”.

Crying as he spoke, he said: “Jessica was not in anything. She was just sitting in a car coming up the road and now she is dead.”

Her post-mortem at the Forensic Science Centre, St James, found that she died as a result of a gunshot to the head.

Her funeral has not yet been planned.

Granny: Only gunshots up here

Sitting in the living room of her house near the top of Scorpion Road, she spoke with neighbours who dropped in one by one to check on her.

“I am 65 and I living long time and it is only gunshots we hearing up here but when it hit home, I just accepted it,” she said.

She sat next to her grand-daughter who uses a wheelchair.

She said she believed the gunman was after her grandson.

“He’s a boy that would not listen…he can be easily misled while out on the block and staying out late,” she said.