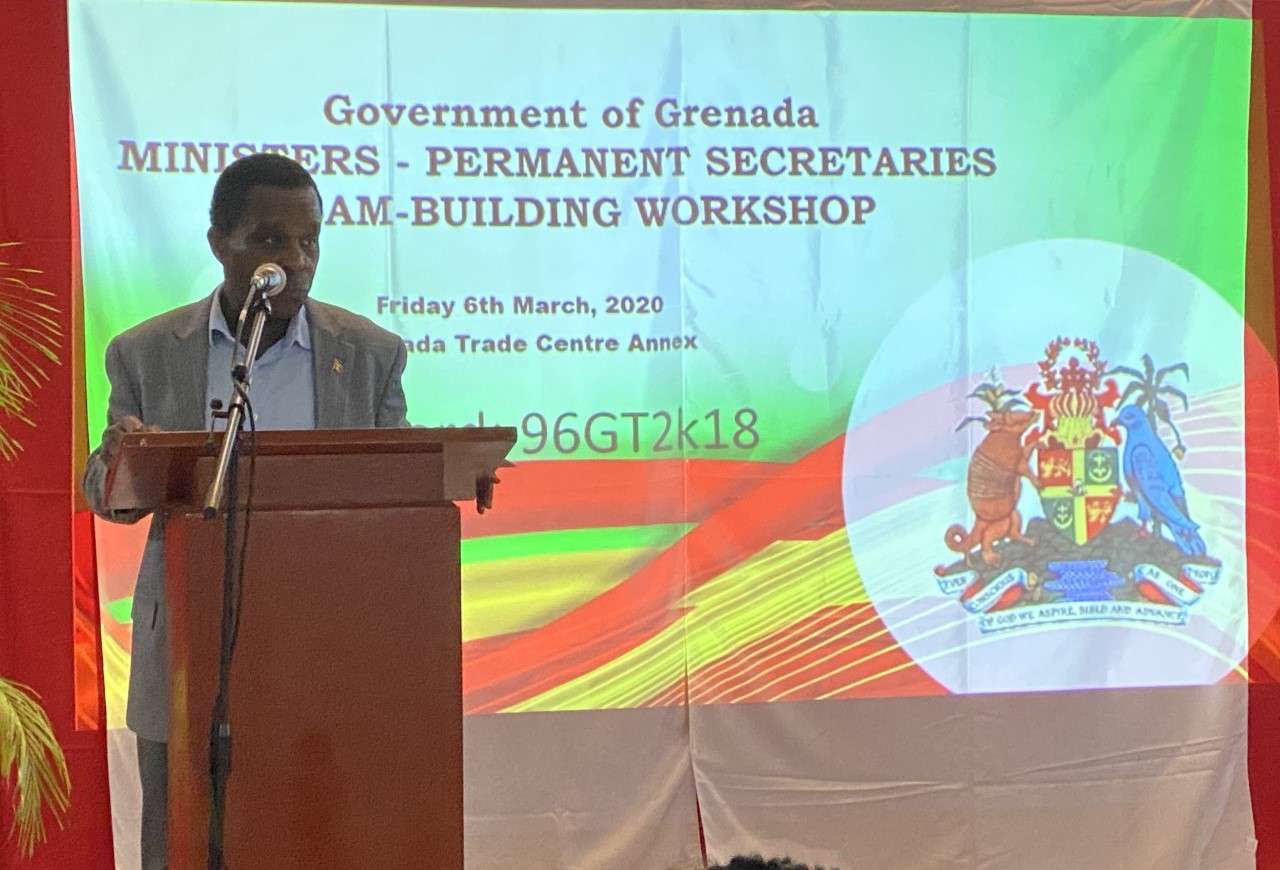 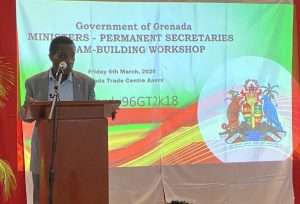 PR – Government Ministers and Permanent Secretaries on Friday participated in a team-building workshop designed to strengthen working relationships and improve the implementation of major decisions taken by Cabinet.

Addressing the start of the workshop, Prime Minister, Dr. the Right Honourable Keith Mitchell acknowledged that the relationship between Ministers and Permanent Secretaries is a vital connection that must be cultivated and harnessed in furtherance of good governance and national development.

He said the workshop demonstrates Government’s commitment to improve governance structures and the efficiency of project implementation.

Dr. Mitchell said, “Government cannot allow ‘implementation deficit’ to continue to plague our Government. This term, which describes a lack of decisive action in introducing proposed measures, for the expressed purpose of addressing obvious shortcomings in the economy and society, cannot be part of the legacy we leave for future generations.”

The Prime Minister expressed confidence in the value of the workshop and its stated objectives. “We strongly believe that building trust and better relationships among the most senior of our Government officials, will augur well for achieving this country’s development goals. It has been proven that countries or organisations with a high level of trust and good relationships at the administrative and management levels, have had the most success in the implementation of policies.”

Dr. Mitchell noted that when inaction becomes evident at the junior level, staff at the management/administrative level have a fundamental responsibility to hold persons accountable. He also noted that the successful implementation of policy initiatives requires a clear, decisive and strategically coordinated plan of action.

The Prime Minister added that the management and administration of the affairs of Government cannot exist in an institutional or political vacuum and that the electorate, political leadership and public servants must be recognised as critical stakeholders in the process of nation-building,

Friday’s workshop was facilitated by World Bank Consultant, Dr. Mark Johnson, who has worked extensively with Governments around the world. The workshop was part of the overall process of reviewing and improving Cabinet procedures, which has also included a new Cabinet Procedures Manual and the introduction of E-Cabinet.