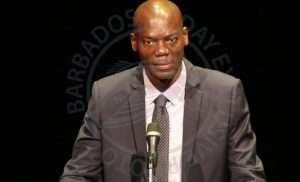 (BARBADOS TODAY) – Barbadians can expect to see drastic cuts in regional airfares and hotel prices as fears over the Coronavirus intensifies with each passing day, the head of the University of the West Indies think tank here has predicted.

Head of the Sir Arthur Lewis Institute of Social and Economic Studies (SALISES), Dr Don Marshall told Barbados TODAY that tourism in the region will take a hit, as the appetite for travel severely dampens with the spread of the deadly virus.

Dr Marshall said: “There are a number of creative responses that could be taken by the tourist islands.

“Firstly, I believe the airline industry would be forced, sooner rather than later, to slash airfares and in places like Barbados, hotels will also have to slash room rates in order to woo tourists to come.

“This may result in locals availing themselves of the cheaper packages.”

He contended that apart from the fear of the virus, the rigorous port health checks and the risk of quarantine, are also likely to give would-be travellers second thoughts.

He further argued that the virus crisis is also expected to result in some disruption to international trade.

The SALISES lead researcher predicted that the combination of these factors, barring a dramatic turnaround in the control of the spread of the disease, would likely cause the economy to shrink in Barbados and other tourist-dependent neighbours in the short term.

Dr Marshall said: “There are increased health checks at the airports when persons enter or leave countries. So what you find is that along with fear, the inconvenience will put a damper on travel.

“This not only poses a threat for the world tourism industry, but also international business and it could trigger an economic slowdown to the extent that it results in two or three quarters of negative growth.”

But the economist stressed that it was not a case of the Government’s hands being tied, as he noted that steps to ramp up public health readiness, as well as a solid public relations machinery, could mitigate the fallout.

He suggested that efforts to allay fears must be regionally driven, as tourists tend to lump the Caribbean into one basket, totally ignoring geographic separations.

Dr Marshall told Barbados TODAY: “Those countries with poorer health systems would experience a greater slowdown while those with public health response systems can still manage to maintain a reasonable share of tourist travel.

“So there is work for the Caribbean Tourism Organisation (CTO) in order to allay the fears because both air and cruise ship arrivals are going to dip in the short to medium term.

“The impact to the hotel sectors and restaurants will be felt in the short term and this has more to do with panic and fear that may lead to a worsening of the crisis in this regard.”

On Sunday, the Pan American Health Organisation (PAHO) announced that the virus was now at the region’s doorstep. It reported three cases of COVID-19 in the Dominican Republic, two cases in St Maarten and one case in St Barts.