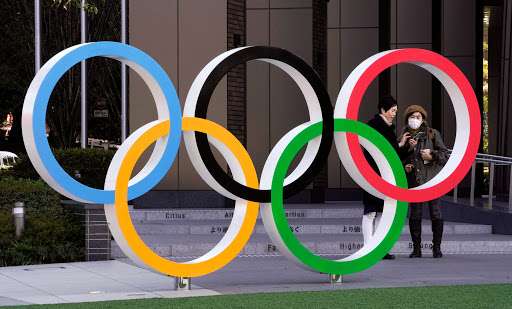 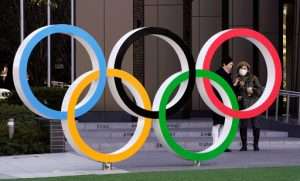 (AP) — As more countries report cases of the new coronavirus, governments are eyeing measures to cushion the economic impacts and some athletes are urged to keep their distance from fans.

These are some of the latest developments yesterday:

The Federal Reserve System has unexpectedly cut its benchmark interest rate by a half-percentage point to fight the economic impact from the virus outbreak. The Fed’s first rate cut since last year came shortly after the group of seven major industrial countries said it was “ready to take actions, including fiscal measures where appropriate”. World markets have seen wild swings in recent days and the Organization for Economic Cooperation and Development issued a forecast for lower global growth in 2020.

One badly hurting sector is the business of trade shows, which are being cancelled in many countries because of concerns that large gatherings of people from all over the world could hasten the spread of the virus.

President Emmanuel Macron says the French Government is requisitioning all current and future stocks of protective masks in order to ensure they are available to distribute to virus patients and health workers. France has recorded more than 200 cases of COVID-19 illness so far. Panic buying of masks and hand sanitiser has been a problem in several countries, though manufacturers say they are increasing production to meet demand. World Health Organization Director General Tedros Adhanom Ghebreyesus says a shortage of protective gear is “leaving doctors, nurses and other front line health workers dangerously ill-equipped to care for COVID-19 patients”.

Japan’s Olympic minister says the country’s contract to hold the Tokyo Games only specifies that the event has to be held during the year 2020. Seiko Hashimoto’s response to a question in the Upper House of Parliament implies that the Summer Olympics could be held later this year.

But the International Olympic Committee pushed back Tuesday, issuing a statement expressing its “full commitment to the success of the Olympic Games Tokyo 2020, taking place from July 24 to August 9, 2020”.

As airlines cancelled flights and employees work from home, measures to contain the new coronavirus are causing a drop in air pollution and greenhouse gas emissions in some countries. China has closed factories and curtailed travel, resulting in a noticeable reduction in emissions. Researchers at the Centre for Research on Energy and Clean Air in Helsinki, Finland, say China’s carbon emissions were 25 per cent lower in the four weeks following the end of the Lunar New Year holiday compared with the same time last year. But experts say the experience of the 2008-2009 financial crisis suggests the trend is unlikely to hold.

The NBA is telling players to avoid high-fiving fans and strangers. A league memo obtained by The Associated Press, offered 10 recommendations to players with hopes of decreasing risks of getting the virus, including not taking items such as pens, markers, balls and jerseys from autograph seekers.

Britain presented its plan for tackling the virus outbreak, warning that millions could be infected in the country in a worst-case scenario that could require retired doctors and nurses being called back to work.

Meanwhile, Ukraine has reported its first case of COVID-19. Eastern Europe overall has had comparatively fewer confirmed virus cases than other regions of the world, though it’s unclear why. Ukrainian health officials say a man who recently arrived from Italy was diagnosed with COVID-19. The country’s health system has been strained by a drawn-out conflict in the east between Russia-backed separatists and Ukrainian forces.

At the other end of the continent, authorities in Gibraltar reported their first confirmed case. The patient and their partner had recently returned to the tiny overseas British territory of 35,000 from northern Italy, via the southeastern Spanish airport in Malaga. Both are in self-isolation and the partner has not experienced any symptoms, the Gibraltar Government said.