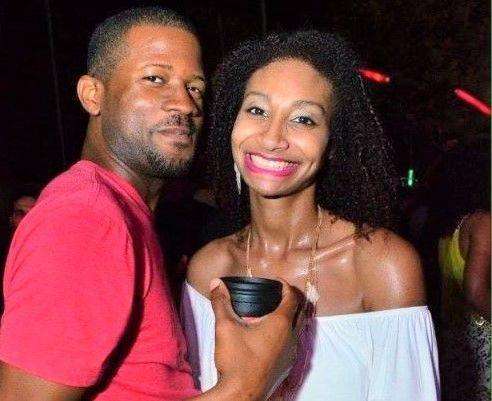 trinidadexpress.com – In an ultimate act of love, David Francis braved the strong currents at Cumana beach, Toco, to get to the woman he married three months ago.

Francis, 34, desperately tried to save his wife, relatives said.

But the Canadian couple , who came to Trinidad for Carnival celebrations, went under the rough water and disappeared.

The incident occurred during an outing with friends on Sunday afternoon.

Police said the group was in the water when 33-year-old Jessica Francis got into difficulty at around 4pm.

Her husband battled high waves to get to her but they both went under, a friend said.

At nightfall, the body of 33-year-old Jessica Francis washed ashore.

The T&T Coast Guard and fishermen in Toco launched a search for her husband.

His body was recovered at around midday on Monday.

Francis, who previously lived in Princes Town, was the brother of prison officer Darren Francis who was shot and killed at the family’s home in 2018.

Relatives said he met his wife, a Canada national, at Carnival celebrations in Trinidad several years ago.

His mother, Pearline Francis, said, “We are still trying to come to terms with Darren’s death and now this happened. My son and his wife arrived in Trinidad on Carnival Friday. They were staying with the family and this weekend they went with friends to a beach house in Toco. I am not sure of the details but I heard he went in the water to try to save his wife and they both went under. This is very painful for my family.”

The mother of three said her son was passionate about education and pursed his studies in Canada.

The couple had no children.