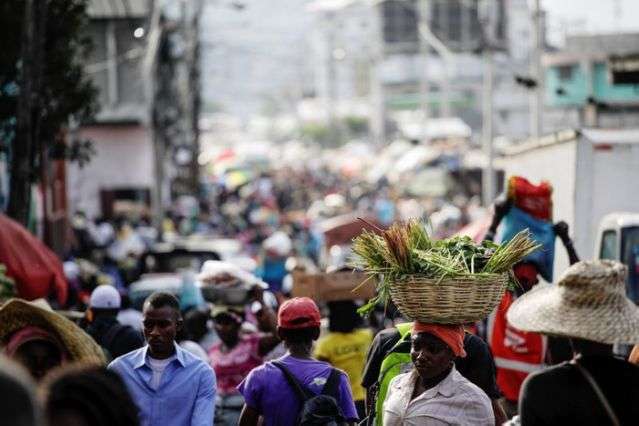 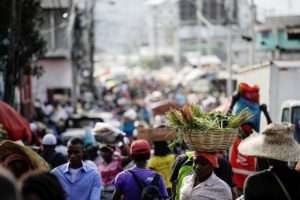 (REUTERS) – Jacquelin Joseph is struggling to re-open his small food and beverage store in the northern Haitian town of Port-de-Paix, months after the country returned to a semblance of normality following violent anti-government protests.

The 45-year-old was forced to shut up shop in December when he ran out of stock after the protests against economic mismanagement and corruption under President Jovenel Moise disrupted transport nationwide.

The unrest stoked already high inflation and Joseph quickly used up what little savings he had.

Now, with eight children to feed and bills piling up, he is desperate to get back to business. But rebuilding is no easy task for Haitians like him, who were only scraping by before the crisis.

“I have no money left to restart my business,” Joseph said, warily watching for those he owes money for rent or deliveries. “I asked the bank for a microcredit but one requirement was for me to have some stock, and I didn’t have any.”

The economic repercussions of Haiti’s three-month countrywide lockdown are still unfolding in what was already the Western Hemisphere’s poorest nation, where around two-thirds of adults are estimated to be unemployed or underemployed.

Haitians were decapitalised: many businesses had to close, others had to slash jobs. In a country where agriculture accounts for half of all jobs, several farmers told Reuters they do not know how they will acquire seeds and fertilizer to plant anew.

The unrest has spooked would-be investors and tourists, causing some hotels to fold and torpedoing attempts to revive the Caribbean nation’s beleaguered tourism industry.

Violence still flares sporadically. Last weekend, the government cancelled Carnival celebrations in the capital after a police protest spiralled into street clashes and deadly gunfire on the first day, another blow to the $9.7 billion economy already on its knees.

Junior Ceme, 34, who has a stand selling trinkets on the Champ de Mars public square in Port au Prince where the festivities take place, said he had borrowed around $150 from a friend to buy more goods for what is usually his busiest time of year.

“But I haven’t sold anything since this morning,” he said. “I don’t know how I am going to return the money.”

The World Bank estimates Haiti’s economy shrank 0.9 percent last year. This year it expects a further 1.4 percent contraction, followed by 0.5 percent in 2021: the first three-year recession since Haiti was crippled by U.S. sanctions imposed on the country after a military coup in the early 1990s.

“The consequences of the current crisis are even worse than the embargo, an earthquake or several hurricanes, because we are talking about a breakdown of the state,” said Georges Sassine, president of Haiti’s Industrial Association.

“And the full consequences have yet to be felt.”

Manufacturers of textiles, Haiti’s top export, have cut around 5 percent of 58,000 jobs due to the lockdown, he said. Three years ago, he had estimated the sector could on the contrary add 300,000 by 2020/2021, granted political stability.

According to Haitian economist Etzer Emile, the worst hit are those who do not have the resources to protect themselves in a country where more than half the population lives under the poverty line of $2.41 per day.

“We are seeing an acceleration of poverty,” he said, as international organizations warn of a growing hunger crisis.

While the protests have abated somewhat, there is no sign of a resolution to the political malaise and its root causes any time soon.

President Moise has been ruling by decree since January after the country failed to hold legislative elections. The opposition has rebuffed his calls for a power-sharing agreement.

The political crisis has cut the country of 11.2 million people off from some international funding, further hindering its ability to respond to the worsening economic woes.

“Every time in Haiti you have some plan to succeed, there is a political crisis that destroys everything,” said Elie Jean, 27, director of what he called the sole dairy in northwest Haiti, just outside the town of Jean Rabel.

The shiny new facility was financed with European Union development funds, he said, but it has struggled to re-open following the lockdown because many farmers sold their cows when the situation got tough.

PEOPLE HAVE NO MONEY

Even for those who have managed to re-start their business, sales have stalled due to a drop in incomes.

“People try more to negotiate,” said Yolande Cassien, 24, who sells household staples like rice, tomato sauce and stock cubes on her front porch in Port-de-Paix. “And if someone who is going hungry asks to buy from me on credit, I can’t refuse.”

Gang activity flourished during the countrywide lockdown when authorities were more thinly spread than usual, and it continues to affect the transport of goods.

Benito Voltaire, 57, who owns a shop in Jean Rabel, said it had been months since he had been able to stock up on his most popular product, clairin – a distilled rum-like spirit made from cane sugar – from sellers in the south.

“My provider says it’s a problem to send it because of the bandits,” said Voltaire.

In Port-de-Paix, Joseph says a friend gave him sachets of drinking water on credit to sell so he is starting off his business again, on a smaller scale.

“The country is difficult,” he said. “We are overwhelmed by it all.”