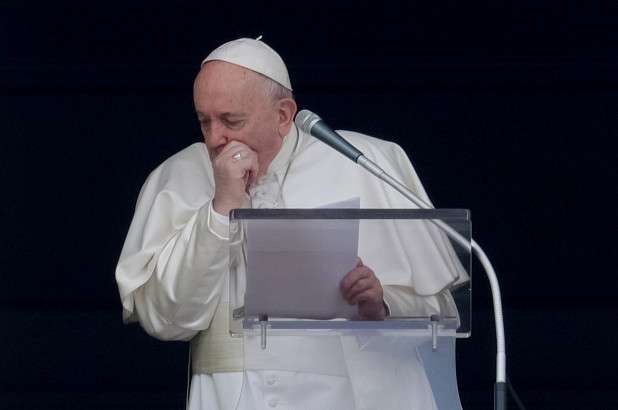 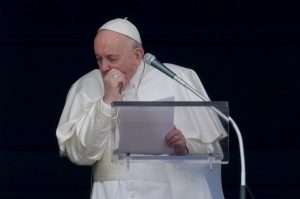 nypost.com – The Pope, who has been suffering from a cold, was tested for the coronavirus and the results came back negative, a report said Tuesday.

Pope Francis submitted to the swab test as a precaution after coming down with an illness days after he expressed support for patients suffering from the deadly virus, according to the Italian newspaper Il Messaggero.

The 83-year-old pontiff could be seen coughing on Sunday as he addressed thousands for his weekly blessing from St. Peter’s Square.

During the event, he announced that he won’t be attending a Lenten spiritual retreat in the Roman countryside.

He asked for prayers for the retreat, adding that “unfortunately a cold prevents me from participating this year. I will be following the meditation from here.”

The Vatican had not previously specified what was ailing Francis, though the announcement comes as the coronavirus sweeps Italy.

“There is no evidence that would lead to diagnosing anything but a mild indisposition,” spokesman Matteo Bruni said on Friday.

Italy has seen 52 deaths due to the virus and the number of confirmed cases reached 1,835 on Tuesday.