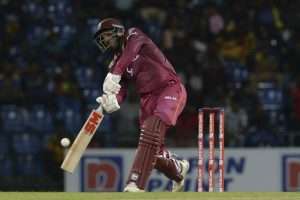 newsday.co.tt- WEST INDIES (WI) succumbed to another 3-0 whitewash at the hands of Sri Lanka after losing their third and final One-Day International by a six-run margin in Pallekele, on Sunday.

Batting first, the hosts had a positive start from openers Avishka Fernando (29) and skipper Dimuth Karunaratne (44) before the former was caught by Shai Hope, courtesy medium pacer Alzarri Joseph.

Vice-captain, Kusal Perera (44) joined Karunarante at the crease and piled on 28 more runs before the captain was caught and bowled by Roston Chase (88/2). Kusal Mendis strengthened the Sri Lankan innings by smashing 55 off 48 balls before he was sent packing, caught by WI skipper Kieron Pollard during Joseph’s spell.

Stellar contributions from middle-order batsmen, Dhananjaya de Silva (51) and Thisara Perera (38) saw the hosts dismissed for 307. Joseph was the pick of the bowlers with his haul of 4/65 while Jason Holder bagged 2/68.

In their turn at the crease, WI seemed on course for victory as openers Shai Hope (72) and Sunil Ambris (60) piled on 111 (18.3) before Ambris was caught by Mendis off Isuru Udana. Nicholas Pooran smashed three fours and one six in his knock of 50 while Pollard fell just one run short of his half-century.

A middle-order collapse saw both Daren Bravo and Holder falling for eight runs each. Fabian Allen tried to stabalise the innings with his knock of 37 but was unable to rally support from his team-mates. Chase was also run out by de Silva with just one run on the board while Joseph and Cottrell remained not out, unable to get off the mark.

In the end, the men in maroon fell just short of the target, finishing on 301/9 and still unable to record their first series win in Sri Lanka. Angelo Matthews was crowned Man of the Match for his spell of 4/59.