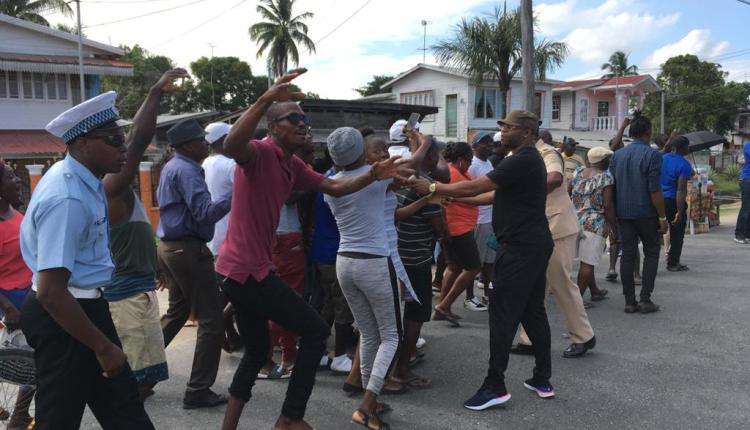 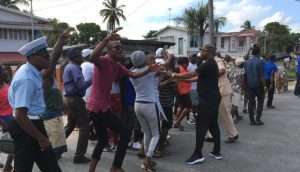 newsroom.gy- Police on the West Bank of Demerara are trying to control a protest in front the GECOM polling place at the Goed Intent/Patentia Neighbourhood Democratic Council (NDC) where residents are alleging that persons in a minibus attempted to distribute fake ID cards.

Police Commander Simon McBean told the News Room that Police have been unable to verify the fake ID card report but revealed that a male was escorted from the Polling Station after he attempted to “assist persons” to vote.

Residents are currently protesting in front of the Polling Place.

Presidential Candidate of the PPP, Irfaan Ali was at the scene and attempted to quell the situation.

The News Room received information that a male encountered a voter who had an issue locating their polling station and so that male took the voter’s ID card and attempted to assist in locating the polling station when others found it to be suspicious and raised an alarm.