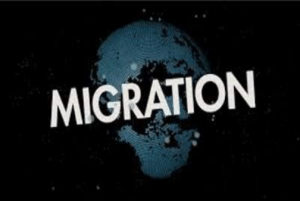 WASHINGTON, United States (CMC) — The United States  Citizenship and Immigration Services (USCIS) has updated the process for accepting petitions for relatives of Caribbean immigrants, saying that it will now process domestically or internationally by the US Department of State in certain circumstances, Form I-130, Petition for Alien (Immigrant) Relative.

USCIS said the change is part of the adjustment of its “international footprint to increase efficiencies”.

It said eligible active-duty service members assigned overseas will file their Form I-130 locally with the Department of State, as will certain non-military petitioners who meet specific criteria for consular processing.

“Since the Department of State has a much larger international presence, we have delegated authority to our State partners to accept and adjudicate petitions for immediate relatives abroad in certain circumstances,” he said.

“USCIS continues to expand online filing options, which are available to those filing domestically or those filing from abroad, saving applicants and petitioners time and money.”

Generally, USCIS said the Department of State will process Form I-130 locally if the petition falls under “blanket authorisation criteria” in instances of prolonged or severe civil strife or a natural disaster, or for US service members assigned to military bases abroad.

In addition to these blanket authorizations, USCIS said the Department of State maintains the discretion to accept Form I-130 if a US citizen petitioner meets the “exceptional circumstance” criteria.

USCIS said all other petitioners residing overseas must file Form I-130 online or by mail through the USCIS Dallas Lockbox facility for domestic processing.

The petition changes come as the Donald J Trump administration has implemented new laws for Caribbean nationals and others who are permanent residents or green card holders.

Caribbean men between 18 and 25, who also failed to register with the US Selective Service could also be deported, USCIS said.

On Monday, USCIS began implementing the Inadmissibility on Public Charge Grounds final rule, denying green cards to Caribbean and other immigrants who may need US Government assistance.

Caribbean American Democratic Congresswoman Yvette D Clarke has been expressing outrage over a United States Supreme Court ruling that allowed the Trump administration to deny green cards to Caribbean and other immigrants who may need government aid.