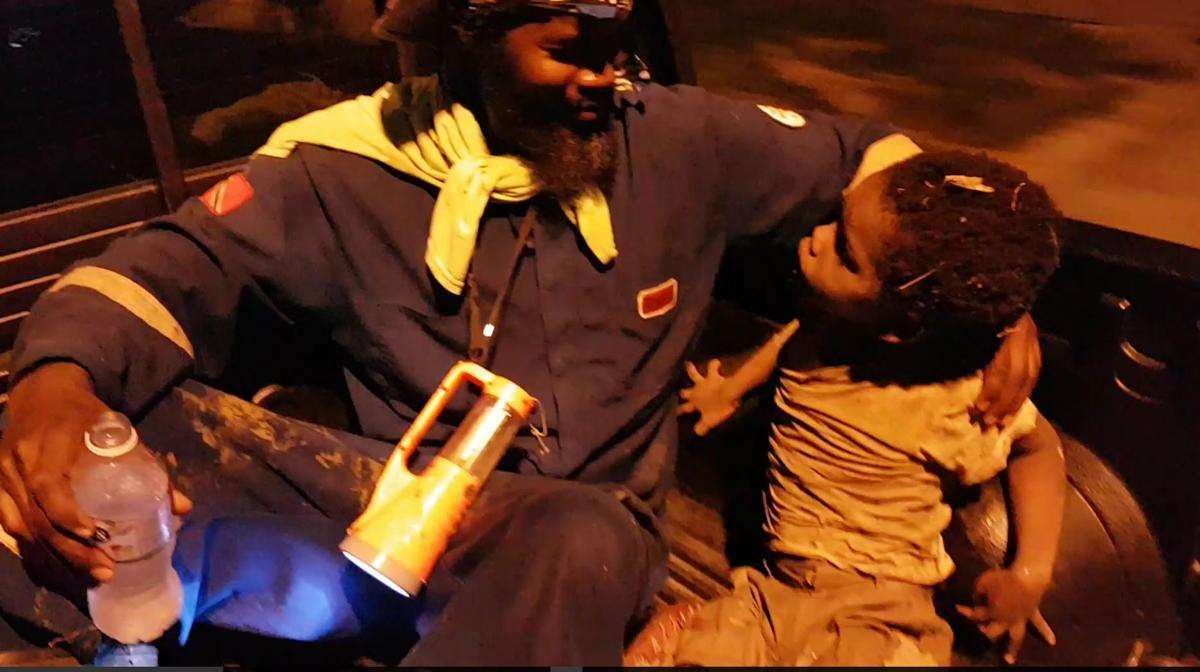 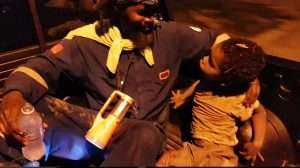 trinidadexpress.com- The smell of a decomposing human body is distinctive. Musky, sharp, overwhelming. Breath it in, and you will never forget it.

A drowning victim in tropical Trinidad takes about two days to surface. By then, it is bloated and grotesque—a sight to hurt the mind.

CCN multimedia editor Richard Charan says he knows this because after two decades as a journalist, he has been an unavoidable witness to, and reporter of, traumatic death and decay.

Charan said he expected no different an outcome on Carnival Tuesday, when he joined a search of the wilder­ness and water­courses around the home of four-year-old Gyasi Griffith.

The child had walked away, through an unlocked door, from his grandmother’s house at Borde Narve Village, Princes Town, at 1.30 a.m. on Monday.

No one could find him that day. And a search through the night turned up no clues.

By Tuesday ­afternoon, most had conceded that any chance of finding the boy alive would be over that night.

Severely autistic and non-verbal, ­Gyasi had the mind of a child half his age.

He could not help himself, said his family, and would not be able to respond to those shouting his name.

On three sides of his village were smothering bush, ponds and a river running swift and deep.

And the police search had ended. At least six officers had been deployed. A tracker dog was used. And helicopter crews searched on Monday and Tuesday afternoon.

A few neighbours helped. They walked through fields of teak, peered into culverts, roadside drains and derelict cars spanning a kilometre radius of the home.

Nothing. It turned out the officers were searching the wrong area.

Charan said he arrived in the area around 4 p.m. on Tuesday with friend and search volunteer Yohann Seedial.

There were no police officers and no one actively searching. Then came the clue that helped.

A homeowner said his CCTV camera captured an image of children tottering along the road leading to the hills of bush, crops and forest.

So the two began searching there. And when night fell, they met the only other person still looking for Gyasi—his neighbour, Conrad Rodney.

Together, the three concentrated their search near the riverside, since many children with Autism Spectrum Disorder (ASD) are captivated by the sound and sight of water.

At 6.35 p.m., when already fulling dark, Rodney came upon the child. He was lying in the mud, in a foetal position, inside of concrete drain at the end of the river—­conscious, but severely dehydrated.

He had spent 41 hours there, not five metres from the nearest home, undetected.

Within minutes, the child was being embraced by an incredulous mother, who screamed: “Look the child! Thank you, ­Jesus.”

He then taken to Princes Town District Hospital, where he was treated for cuts and bruises.

In an interview with the Express, Rodney said he had never seen the child before. He heard about the missing boy and wanted to help.

“I am a father of three. I don’t know the child, but the family lives in my village. I prayed and asked God for help. The Holy Spirit answered and led me to him,” he said.

Conrad said he was thankful ­Charan and Seedial had joined the search. “Those men helped me to search, and together we took the boy back to his family,” he said.

The child has been transferred to the San Fernando Teaching Hospital, where his mother, 37-year-old Abigail John, was at his bedside last night, refusing to leave.

John told the Express her son had been transferred from the Princes Town Health Facility on Tuesday night for further treatment. He was put on an IV to rehydrate him. He suffered no broken bones.

She said her son appeared to be in good spirits, eating, drinking and playing as usual.

“He is here normal, kicking and laughing. They said he will be okay,” she said.

She also expressed thanks to those involved in carrying out the search to find her son. “From the bottom of my heart, thank you for saving my child. I am so happy, thank you,” she said.

NOTE: The police officers who met the rescuers at the hospital that night said they did all they could to find the boy, and had intended to return to the area on Wednesday, having request a thermal imaging camera be used by the Air Guard’s helicopter crew, with the hope that the child’s heat signature would be spotted. Doctors say they were unsure Gyasi had that time left.