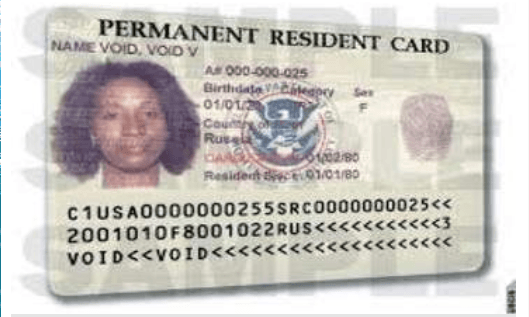 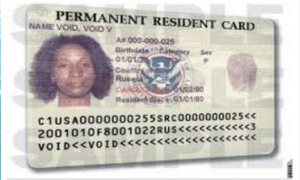 WASHINGTON, United States (CMC) — The United States has implemented new laws for Caribbean and other foreign nationals who are permanent residents or green card holders.

According to the United States Citizenship and Immigration Services (USCIS), green card holders who failed to admit that they are immigrants, when filing their income tax returns, or who failed to report some of their income, could result in deportation.

Caribbean men, between 18 and 25, who also failed to register with the US Selective Service, could also be deported, USCIS said.

On Monday, USCIS began implementing the Inadmissibility on Public Charge Grounds final rule, denying green cards to Caribbean and other immigrants who may need US government assistance.

“In light of the US Supreme Court’s February 21, 2020 decision to stay the state-wide injunction preventing implementation of the Final Rule issued by US District Court for the Northern District of Illinois, USCIS will now apply the final rule to all applications and petitions postmarked (or submitted electronically) on or after February 24, 2020,” said USCIS in a statement.

“For applications and petitions that are sent by commercial courier, the postmark date is the date reflected on the courier receipt,” it added.

USCIS said “the final rule, published on August 14, 2019 and originally scheduled to go into effect on October 15, 2019, prescribes how the Department of Homeland Security will determine whether an immigrant is inadmissible, and ineligible to adjust status to that of a lawful permanent resident in the United States because he or she is likely at any time in the future to become a public charge pursuant to the Immigration and Nationality Act”.

USCIS said the final rule also addresses USCIS’ authority to issue public charge bonds in the context of applications for adjustment of status.

Caribbean American Democratic Congresswoman Yvette D Clarke has been expressing outrage over a United States Supreme Court ruling that allowed the Trump administration to deny green cards to Caribbean and other immigrants who may need government aid.

“As a product of the hopes and dreams of an immigrant family, I am outraged by the Supreme Court’s decision to implement the public charge rule – a cruel policy Donald Trump has crafted to jeopardize the lives of our nation’s most vulnerable,” Clarke, the daughter of Jamaican immigrants, told the Caribbean Media Corporation (CMC).

“Historically, the United States has served as a place of refuge for individuals around the world seeking to fulfil the American Dream,” added the representative for the 9th Congressional District in Brooklyn, New York. “Immigrants are our neighbours, our friends, leaders in our communities and even our members of Congress.”

“It is disturbing to witness a global leader toying with people’s lives, and we must not stop fighting until Donald Trump is removed from office,” said Clarke, an ardent critic of Trump’s immigration policies.

New York Attorney General Letitia James, who had joined several attorneys general across America in challenging the Trump administration’s request, said that she is still in the process of finding a permanent solution to the public charge rule.

“Generations of immigrants have come to this country with little more than a dream in their pockets, but the president’s Public Charge Rule is an egregious attempt to infringe upon the values of our nation,” she said in a statement.