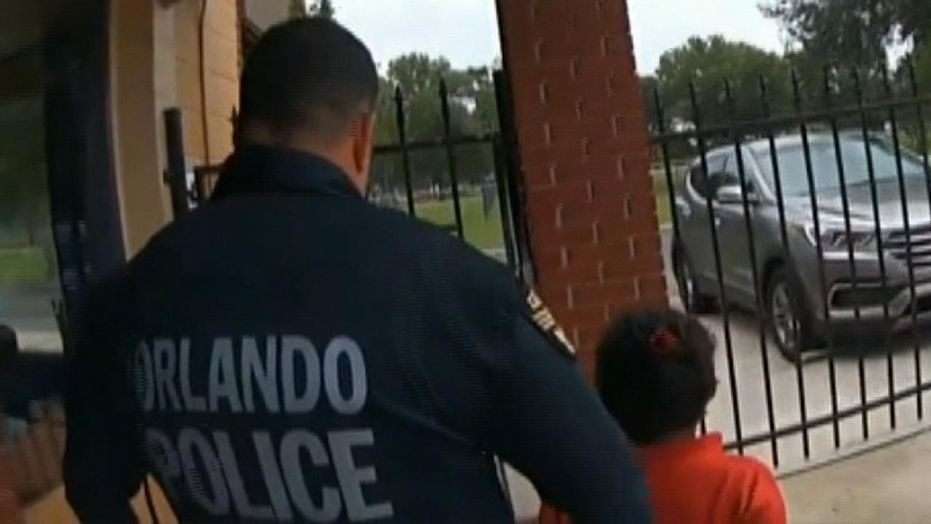 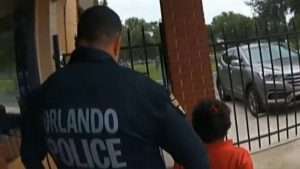 The footage, released by the family of Kaia Rolle late Monday, shows the first-grader breaking down as she is restrained with zip ties on Sept. 19 at Lucious and Emma Nixon Academy Charter School.

“She’s going to have to come with us now,” Officer Dennis Turner tells a school employee, video shows. “Stand up, stand up … come over here.”

“What are those for?” Kaia asks.

“It’s for you,” says Turner, who was later fired for violating department policy during the arrest.

The girl starts crying uncontrollably and pleads with another officer to not put her in restraints, video shows.

“It’s not going to hurt,” the second, unidentified officer says.

The girl was then led to a waiting police SUV outside the school, where she had earlier kicked and punched three employees, according to an arrest report obtained by the Orlando Sentinel.

A charge of misdemeanor battery against Kaia was dropped by prosecutors the following day, the newspaper reports.

“I don’t want to go in the police car,” the girl continues to cry. “Please!”

Turner was later terminated by Orlando cops for violating agency policy for arresting children younger than 12 without a supervisor’s approval. State law, however, does not cite a minimum age for arrest in Florida, the Orlando Sentinel reports.

The girl’s grandmother, Meralyn Kirkland, said she hopes the footage will lead to a change in state law by setting 12 as the minimum age for being arrested.

“I knew that what they did was wrong, but I never knew she was begging for help,” Kirkland told the newspaper late Monday. “I watched her break.”

Kirkland said Kaia suffered from sleep apnea, which caused her to lash out at school.

The girl was processed at a county juvenile center, where her mugshot and fingerprints were taken. She even had to stand on a stool so her booking photo could be taken, her grandmother said.

In an unrelated incident that same day, Turner also arrested a 6-year-old boy at the school for misdemeanor battery. The boy was released before being processed, WESH reports.

A spokesperson for the school, meanwhile, has said administrators never wanted to press charges against either child.

Orlando Police Chief Orlando Rolon told reporters a week after the high-profile arrest that he was “appalled” by Turner’s actions, WESH reports.

“As a grandfather of three children less than 11 years old, I can only imagine how traumatic this was for everyone involved,” Rolon said. “We could fathom the idea of a 6-year-old being put in the back of a police car.”