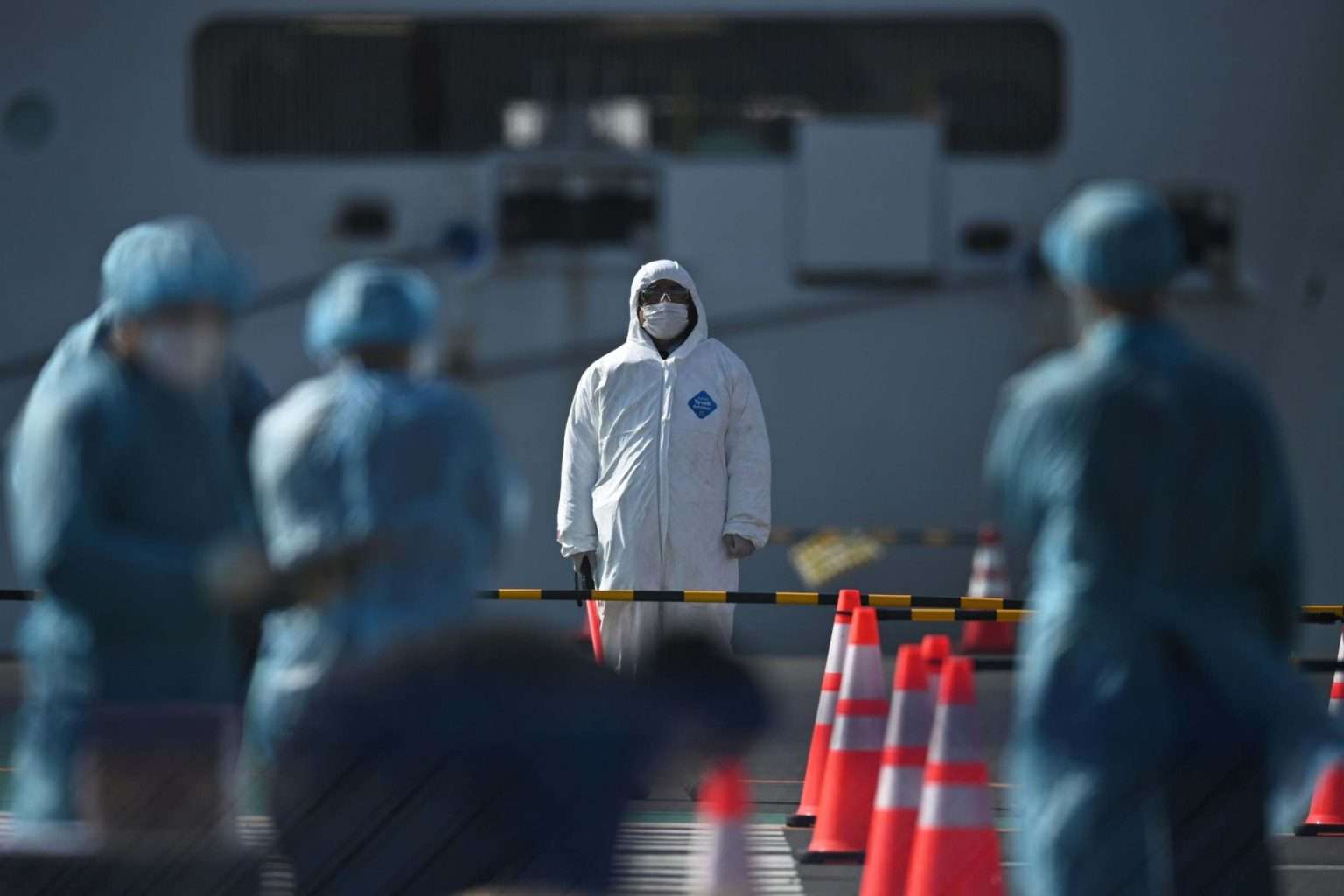 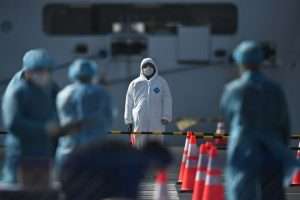 (BBC) – The World Health Organization has said the world should do more to prepare for a possible coronavirus pandemic.

The WHO said it was too early to call the outbreak a pandemic but countries should be “in a phase of preparedness”.

A pandemic is when an infectious disease spreads easily from person to person in many parts of the world.

More cases of the virus, which causes respiratory disease Covid-19, continue to emerge, with outbreaks in South Korea, Italy and Iran causing concern.

However, most infections are in China, the original source of the virus, where 77,000 people have the disease and nearly 2,600 have died. The number of new cases there is now falling.

More than 1,200 cases have been confirmed in about 30 other countries and there have been more than 20 deaths. Italy reported three more deaths on Monday, raising the total there to six.

Worldwide stock markets saw sharp falls because of concerns about the economic impact of the virus.

China said it would postpone the annual meeting of the National People’s Congress next month, to “continue the efforts” against the coronavirus.

The body, which approves decisions made by the Communist Party, has met every year since 1978.

The proportion of infected people who die from Covid-19 appears to be between 1% and 2%, although the WHO cautions that the mortality rate is not known yet.

On Monday Iraq, Afghanistan, Kuwait, Oman and Bahrain reported their first cases, all involving people who had come from Iran. Officials in Bahrain said the patient infected there was a school bus driver, and several schools had been closed as a result.

What does the WHO say?

WHO chief Tedros Adhanom Ghebreyesus told reporters on Monday that the number of new cases in recent days in Iran, Italy and South Korea was “deeply concerning”.

“Does this virus have pandemic potential? Absolutely, it has. Are we there yet? From our assessment, not yet.”

“The key message that should give all countries hope, courage and confidence is that this virus can be contained, indeed there are many countries that have done exactly that,” Mr Tedros said.

“Using the word ‘pandemic’ now does not fit the facts but may certainly cause fear.”

But Mike Ryan, head of WHO’s health emergencies programme, said now was the time to make “do everything you would do to prepare for a pandemic”.

‘Pandemic’ is just a word

Is the coronavirus a pandemic? For now the WHO says no. It argues the number of countries with outbreaks, the severity of the disease and the impact on society has not reached pandemic-level.

But some scientists – assessing the same picture – think we are already there and others say we’re on the cusp. The surge in cases in South Korea and the deaths in Iran and Italy have dialled up concern over the past few days.

The deaths suggest there are far more cases in those two countries than have been reported and that the virus has been there for some time.

But ultimately the word pandemic is just that – a word – it will not unlock more money or give the WHO new powers. It has already issued the highest warning it can, by declaring the virus a global emergency.

What are the symptoms?
The main signs of infection are fever (high temperature) and a cough as well as shortness of breath and breathing difficulties.

What should I do?

Frequent hand washing with soap or gel, avoiding close contact with people who are ill and not touching your eyes, nose and mouth with unwashed hands can help cut the risk of infection.

Catching coughs and sneezes in a tissue, binning it and washing your hands can minimise the risk of spreading disease.

What does ‘pandemic’ mean?

A pandemic is the worldwide spread of a new disease

The H1N1 (swine flu) outbreak, which killed hundreds of thousands of people, was declared a pandemic by the WHO in 2009

Which are the worst-affected countries?

South Korea – which has the largest number of confirmed cases outside China – reported another 231 infections on Monday taking the total there to more than 830. Eight people have died.

Around 7,700 troops have been quarantined after 11 military members were infected.

But the biggest virus clusters have been linked to a hospital and a religious group near the south-eastern city of Daegu.

Italy has the largest number of cases in Europe, 229, and announced a series of drastic measures over the weekend to try to contain the outbreak.

In the regions of Lombardy and Veneto, a lock-down is in place in several small towns. For the next two weeks, 50,000 residents will not be able to leave without special permission.

Even outside the zone, many businesses and schools have suspended activities, and sporting events have been cancelled.

Three deaths announced on Monday were all in Lombardy, Italian media reported.

It is not yet clear how the virus entered the country, officials said.

In China, the government announced a ban on the consumption of wild animals and a crackdown on the hunting, transportation and trade of prohibited species, state media say.

It is thought that the outbreak originated at a market in the city of Wuhan selling wild animals.

China reported 409 new infections on Monday, the bulk of which were in Wuhan.

Iran said on Sunday it had 61 confirmed cases of the virus, most of them in the holy city of Qom. Thirteen of those infected have died, the highest number of deaths outside China.

On Monday an MP in Qom accused the government of covering up the extent of the outbreak, saying there were 50 deaths in the city alone. However, the country’s deputy health minister quickly denied the claim.