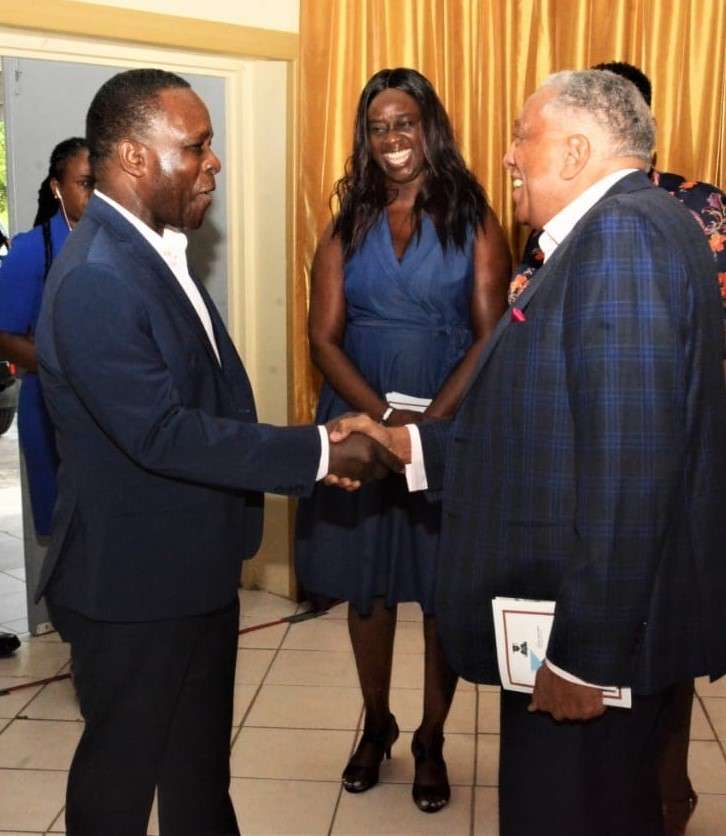 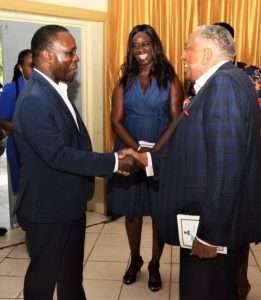 PR- Prime Minister, Dr. the Right Honourable Keith Mitchell, has paid glowing tribute to his long-time friend and icon in the tourism industry, the late Sir Royston Hopkin, describing him as “one of Grenada’s best sons and a man who has done more for Grenada than many will do collectively in their lifetime”.

Sir Royston passed away on Saturday, just weeks after a medical procedure.

In recalling the magnitude of Sir Royston’s contribution, both to his business and philanthropic efforts, Dr. Mitchell said, he was “a man of class, with an instinctive desire and vision for excellence”. He described Sir Royston’s passing as “a major loss for Grenada given his unwavering commitment to the country’s development over the years.”

Sir Royston has been widely recognised and received many local, regional and international accolades for his contribution to tourism. In fact, less than a year ago, here at home, he was presented with an Outstanding Achievement Award at the inaugural Minister’s Tourism Awards.

Dr. Mitchell said, “Royston cared deeply about his country and he worked tirelessly each day in service to Grenada. Not only did he regard it as his duty, he was passionate about it and he was happy to do it. To him, mediocrity held no place in this world and he consistently raised the bar of excellence. Those closest to him would know that he always called for you to work harder, to be better and to go further.”

However, to the Prime Minister, Sir Royston was much more than an iconic image of excellence. To him, he was also a dear friend.

Dr. Mitchell said, “Royston was like a big brother. I could count on him to be brutally honest, to give good advice and to be supportive. He understood the weight of leadership and the many expectations and he was a constant presence in my life, in good times and in bad. He always reminded me that my health and well-being came first. I am forever grateful for the friendship we shared.”

Sir Royston was also instrumental in helping to establish the Keith Mitchell Foundation and served as a member on the board. In fact, he died on the fourth anniversary of the launch of the foundation which took place at the Spice Island Beach Resort on February 22, 2016. Dr. Mitchell has pledged his commitment to ensuring that the foundation continues to benefit scores of students around the country.

The Prime Minister has extended sincere condolences to Sir Royston’s wife, Lady Betty and the other members of the family.